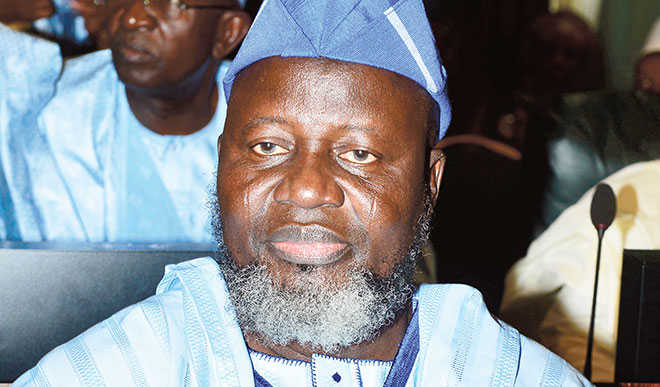 The Federal Government has assured the people of the State of Osun and the people of Ikirun in particular that the commissioning of the above Project on Friday, June 29, 2018, is in line with the promise of this administration to ensure that, no part of the Country is neglected regarding tackling of environmental problems in the Country.
Reiterating this promise, the Honorable Minister of Communication, Dr Abdulkareem Adebayo Shittu informed that, the Project which was one of the eighteen (18) Ecological intervention Projects approved by Mr President, for the first quarter of 2017, was awarded by the Ecological Fund Office Tenders Board (EFOTB) on 22nd March, 2017 with a completion date of five (5) Months. This underscores the Federal Government’s concerted effort and sincerity of purpose, in keeping faith with the promise
The Minister further stated that the the Project Commissioning and handover must be commended because, it will offer the Community an opportunity to ownership of the Project thus, ensuring it’s care, maintenance and sustainability. He urged the benefiting Community in their indigenous language to see the Project as their own and to therefore guard it jealousy and prevent dumping of refuse in the constructed drainage channels.

Going forward, Dr Shittu congratulated the Secretary to the Government of the Federation, Mr Boss Mustapha and his team at the Ecological Fund Office, the Project contractor Messrs Utendala Nigeria Limited as well as the consultant Messrs Fortera Nig Ltd, for a job well done and for getting it done within the stipulated time. While thanking the benefiting Community for their cooperation by providing a peaceful environment which led to the successful completion, he stressed that they consolidate the effort of the Federal Government by maintaining the Project. Thereafter, the Minister and the Permanent Secretary (EFO) jointly handed over the Project Certificate to the State Government.

Earlier in her welcome address, the Permanent Secretary of Ecological Fund Office Dr Habiba Lawal who was represented by Mrs Bola Laditan (Director Special Duties), stated that the Project was initiated through a request for an urgent intervention forwarded to the Ecological Fund Office by Professor Oladapo Afolabi, former Head of the Civil Service of the Federation. The request was to arrest the continuous erosion and flooding arising from the overflow of the Ponjo-Afo River to Ikirun Town and to avoid further environmental degradation, loss of lives and properties arising hitherto.
Continuing, the Permanent Secretary said that the timely completion of the Project was attributable to collaborative efforts of the contractor, consultant and the very close monitoring as well as prompt honouring of all contractual obligations by the Ecological Fund Office (EFO).
Furthermore, she appreciated the Secretary to the Government of the Federation (SGF), the Honourable Minister Dr Adebayo Shittu, the Executive Governor of the State of Osun, Ogbeni Rauf Aregbesola, who was represented by Mr Opatola Rasheed Olajide, the Deputy House Leader of Ifelodun Local Council, Hon Lere Okunlola and the Royal Father, Oba Rauf Olawale Adedeji 2.
She seized the opportunity to enlighten the benefiting Community that, the essence of the commissioning and handover, is to achieve a dual purpose of enabling the host Community to take over the Project and, to ensure it’s maintenance and sustainability; so that the resources which the Federal Government had committed to the Project is not wasted.