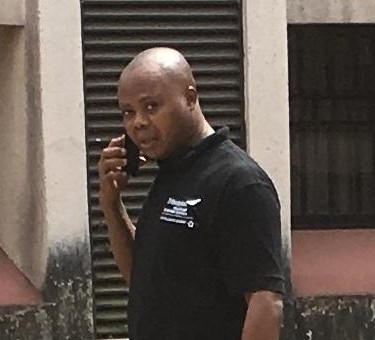 Chikendu got into trouble when a petitioner alleged that sometimes in September 2016, he collected N18,782,000 from her to procure Canadian visas for her daughters and upon the payment of the money, the visas were neither procured, nor Was her money returned to her.

Count one of the charge reads: “That you, Iheanacho Chikendu, on or about the 15th September, 2016, at Umuahia, Abia State, within the jurisdiction of this Honourable Court with intent to defraud, obtained the sum of N4,000,000 (Four Million Naira) by false pretence, when you presented yourself as a travel agent to Mary Nwankwo and capable of procuring a Canadian Visa for her daughters, a pretence you knew to be false and thereby committed an offence contrary to Section 1 (1)(b) of the Advance Fee Fraud and Other Related Fraud Offences Act No.14 of 2006 and punishable under section 1(3) of the same Act”.

The defendant pleaded “not guilty” to the charges when they were read to him.

In view of his plea, prosecuting counsel, K.W. Chukwuma, asked the court to fix a date for the commencement of trial and that the defendant be remanded in prison custody.

However, counsel to the defendant, C.O. Ezenwaka, told the court that he had filed a bail application for his client and had served same on the prosecution. He urged the court to grant his prayers.

Justice Osiagor granted the defendant bail in the sum of N1million with one surety in like sum. The surety must be a senior civil servant and must deposit the sum of N300, 000 to the Court Registry. Also, the surety must be resident within the jurisdiction of the court and the prosecution should verify the residence of the surety.

The judge, thereafter, ordered the defendant to be remanded in prison custody pending the perfection of his bail and adjourned to February 12, 2019.

The Economic and Financial Crimes Commission, EFCC, Enugu Zonal Office on January 15, 2019 arraigned two suspected fraudsters, Nnamdi Madu, 24, and Darlington Ifeakachi Nwali, 24, before Justice A.M. Liman of the Federal High Court, Enugu on a 10-count charge bordering on “intent to defraud and possession of fraudulent documents containing false pretences” contrary to Section 6 of the Advance Fee Fraud and Other Fraud Related Offences Act 2006 and punishable under Section 1(3) of the same Act.

They were arrested on December 14, 2018 during a raid on the hideout of several members of a syndicate of fraudsters operating within Enugu metropolis mostly made up of University students and dropouts, who were observed to be living flamboyantly, above their means of livelihood.

Analysis carried out by the Commission on the computers of the suspected fraudsters revealed a number of incriminating documents intended to be used in swindling unsuspecting foreigners. Some documents in the recovered computers of the suspects were titled “SPANISH HASTING WARD CAREY & CHAMBERS,” “CERTIFICATE OF INCORPORATION OF A PRIVATE COMPANY” “ AILEEN” intended to be sent out using fake or stolen identities.

Some other items recovered from them include, various ATM cards, a Toyota Venza with a National Association of Nigerian Student (NANS) number plate, Toyota Avalon, four laptops, several mobile phones, substances suspected to be charms, and wraps of Indian hemp among others. One of the defendants who trained as a science lab technician and who recently got a job at one of the teaching hospitals in Enugu was found to be the owner of a filling station in an outskirt of Enugu.

They pleaded “not guilty” to charges when they were read to them.

Defence counsel, Ndubuisi Nwaokporo, thereafter, moved motion for their bail, which was not opposed by the prosecuting counsel, Innocent Mbachie.

Justice Liman, thereafter, granted bail in the sum of N500, 000 each, and one surety in like sum, who must have landed properties within the jurisdiction of the Court.

While adjourning to January 21, 2019 for “commencement of trial”, Justice Liman, ordered that they should be remanded in prison custody pending when they meet the terms of their bail.