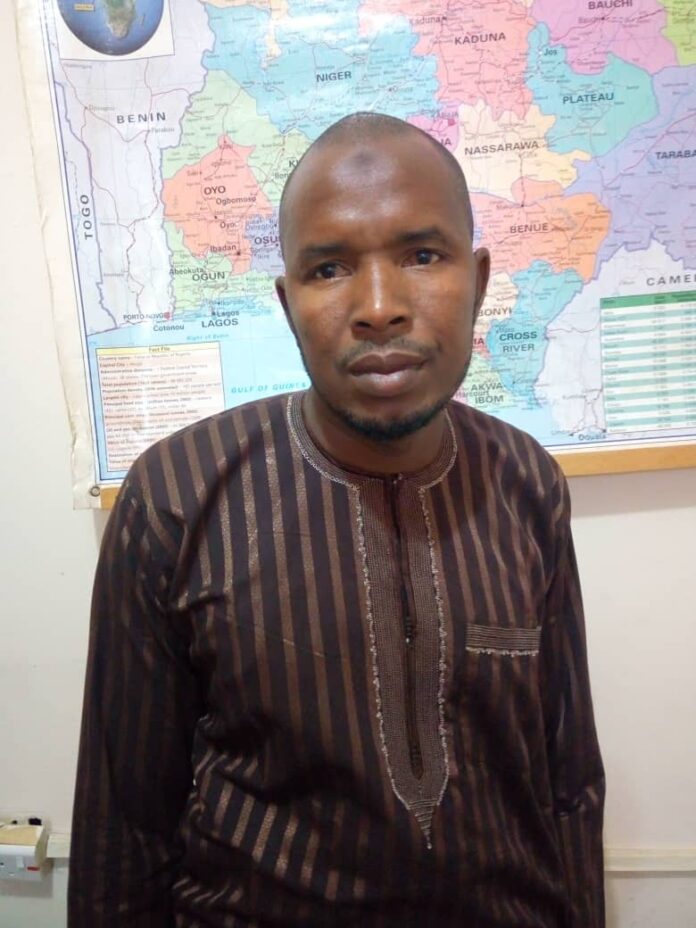 Yahaya Umar Barambu, the nominal complainant of the case alleged that sometimes in July 2017, he was introduced to the defendant by a friend, Alhaji Lawal Bala for a Madrid Timber business in Taraba State which they agreed.

Afterwards, he paid the sum of N34 million in tranches of N10 million, N11 million, N9 million and N4 million into the Fidelity Bank account of one Iliyasu Bello under the instruction of Aji with an agreement of profit sharing ratio of two-third for him, and one-third for Aji.

However, after striking the business deal, Aji began to give various excuses for defaulting, and later became incommunicado.

The count reads: “That you, Alhaji Umar Aji, also known as Alhaji Tailor sometimes in July, 2017 in Gombe, Gombe State within the Jurisdiction of this Honourable Court, with intent to defraud, did obtain the sum of N34,000,000 (Thirty Four Million Naira) from Alhaji Yahaya Umar Barambu through one Iliyasu Bello Abubakar by falsely representing that the said sum was to be utilized for Madrid Timber business on behalf of Yahaya Umar Barambu which pretence you knew to be false and thereby committed an offence contrary to Section 1 (1) of the Advance Fee Fraud and other Fraud Related Offences Act 2006 and punishable under Section 1 (3) of the same Act.”

He pleaded “not guilty” to the charge.

Prosecuting counsel, S.E. Okemini, thereafter, prayed the court for a date for trial.

Defence counsel, Y.P. Malum, moved an oral application, for the bail of his client, which was objected to by the Okemini, who argued that, “the court is a court of records, and so there is need for a formal application”.

While adjourning the case to March 27, 2019 for “hearing”, Justice Afolabi ordered that the defendant be remanded in prison.

The Economic and Financial Crimes Commission, EFCC, Maiduguri Zonal Office, on March 12, 2019 arraigned Jallaba Mala Bukar, before Justice Abdullahi Sanya of the Borno State High Court sitting in Maiduguri, on a three-count charge bordering on criminal breach of trust to the tune of N21.9 million (Twenty One Million Nine Hundred Thousand Naira) only.

Investigations by the EFCC into three separate petitions against Bukar, revealed that sometimes in 2017 the defendant on different occasions, fraudulently influenced one Mohammad Nur Alhaji, Hafsat Muhammad and Ba’ana Modu who entrusted their monies under her in the guise of investing in a company called Swithgolden.

They alleged that the said sum was given to Bukar for the investment, but it was instead, converted to personal use and all efforts to recover the money proved abortive.

One of the counts reads: “That you, Jallaba Mala Bukar, sometimes in July, 2018 at Maiduguri, Borno State within the jurisdiction of this Honourable Court while being entrusted with the sum of N8,420,000,000 (Eight Million Four Hundred and Twenty Thousand Naira) only, being property of one Muhammad Nur Alhaji which was given to you for a business transaction, dishonestly converted same to your personal use and thereby committed an offence contrary to and punishable under sections 311 and 312 of the Penal Law of Borno State (Cap. 102) Vol. 3 of 1994 respectively.”

Bukar pleaded “not guilty” to all the counts.

Justice Sanya, thereafter, adjourned the matter to April 2, 3 and 4, 2019 for “commencement of trial” and ordered that the defendant be remanded in the prison custody.