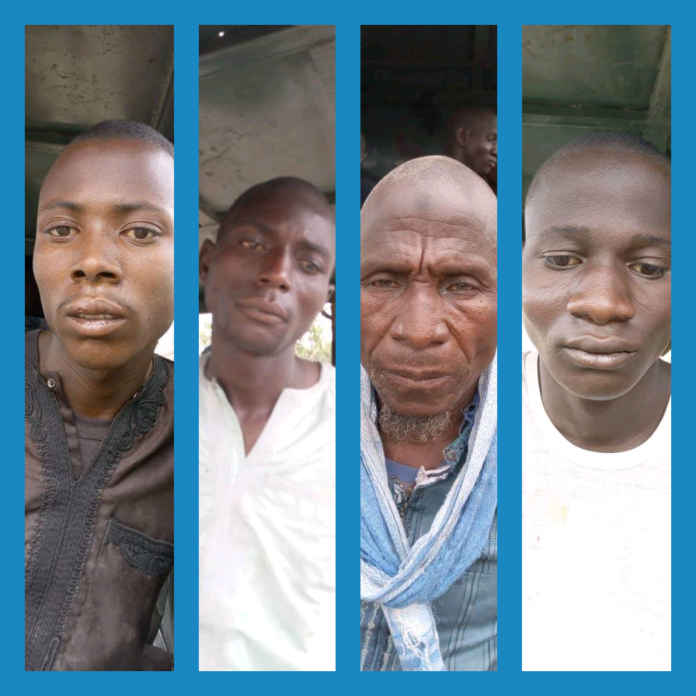 The operations resulted in the arrest of 5 kidnappers behind Sheme village, along Ruwan-Godiya forest axis. At the moment, patrols are ongoing in the neighbouring suspected bandits’ hideouts.

During preliminary investigation, the apprehended suspects confessed to have been involved in the recorded kidnapping incidents in the general area, as well as sending their victims to their ring leaders that are based in the deep forest at Ruwan-Godiya.

Troops continued to dominate the area with patrols, to deny the bandits/kidnappers freedom of action.

Members of the public are again enjoined to give credible information about suspicious movements of bandits and criminals to the nearest army or any other security agencies for necessary action.