The Bishop of Sokoto Diocese, Rev. Father Mathew Hassan Kukah, has called on Nigerians and media organizations to serve as active gatekeepers in the selection and dissemination of information, saying it will go a long way to help reduce the rate of hate speech in the country. 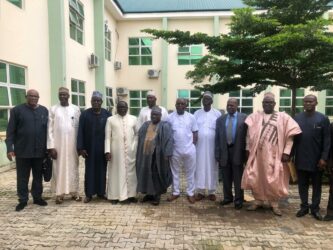 Bishop Kukah, made the call at a colloquium organized by the Olusegun Obasanjo Center for African Studies, at the National Open University of Nigeria (NOUN) in Abuja.

He added that hate speech and fake news are created deliberately with the sole aim of misleading and causing tension among the diverse Nigerian populace.

Similarly, the keynote speaker, Mr. Ray Ekpu, who is the Chairman of NewsWatch magazine, pointed out that fake news and hate speech can be attributed to the wide spread of citizen journalists, who lack technical and practical know-how of selecting, processing and disseminating information.

Ekpu, said while social media platforms have become the medium for spreading falsehood and divisive messages among the masses, the trio of religion, politics and ethnicity have become the major drivers of hate speech in the polity.

On his part, Professor Chidi Odinkalu, former chairman of the Nigerian National Human Rights Commission (NNHRC), maintained that government officials are one of the major purveyors of inaccurate information and vile comments.

“We are in a country where the government refuse to send its citizens to school. And this is because they don’t want the teeming citizens to be liberated from the clutches of illiteracy and ignorance” he stated.

Senator Chris Anyawu, who urged journalists and media organizations to sensitize people on the potential of hate speech and fake news in manipulating behaviors of youths, emphasized the need for carrying out investigative journalism and proper media training to address the two worrisome issues.