The Kannywood film industry has been advised to make a good use of Wonderland Media Academy to advance their knowledge and profession, the chairman and proprietor of Wonderland Television, Alhaji Isma’ila Sani has said.

He stated this on Tuesday while commissioning the Wonderland Television (WTV) station and Media Academy in Kano. 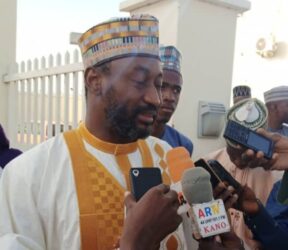 Alhaji Sani disclosed that the need for establishing a branch of the station as well as the academy in Kano arises after observing that viewers of the Abuja station are mostly from Kano in addition to peaceful and conducive business atmosphere in the state.

He said the academy, in partnership with the Cyprus Media Academy will offer courses like Television Journalism, Filmmaking, Documentary production, Shooting and Editing for TV, stage TV and film production design, TV graphics design and public speaking among others. 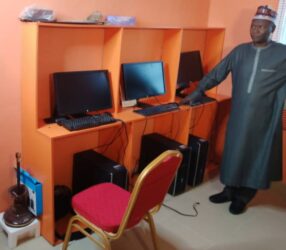 He noted that the academy has been located strategically in Kano to offer training to on-the-field journalists and filmmakers, while calling on the Kannywood filmmakers to make good use of the opportunity, as Kano is regarded as its headquarters.

The veteran broadcaster added that WTV station broadcasts on NIGCOMSAT satellite and focuses mainly on developing local contents that showcase the identity of northern Nigeria, and at the same time sticking to global best practices and professionalism in journalism.

Speaking earlier at the occasion, the former minister of information, Ibrahim Dasuki Nakande, thanked the proprietor for the initiative, lamenting that the Northern part of the country is still lagging behind in the media business, despite having the population capacity that is enough to consume their contents.

In her remarks, the chairman, Broadcasting Organisation of Nigeria (BON) and the General Manager of Abubakar Rimi Television, Hajiya Sa’a Ibrahim, urged the station to ensure professional editorial judgement in their programs and shun partisan politics.

She then appealed to the station to ensure provision of conducive working environment to all its staff.

Book and Documentary on Late Army Chief, Ibrahim Attahiru out on Saturday

On Kashifu’s Strides and NITDA’s Impacts