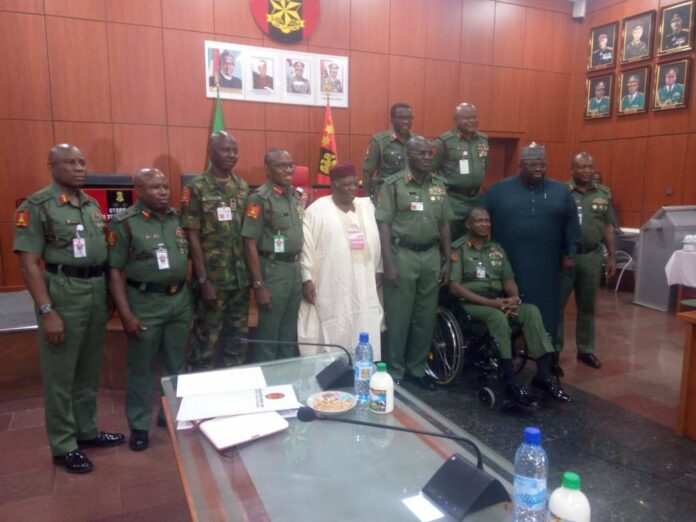 The Chief of Army Staff, Lieutenant General Tukur Yusuf Buratai has inaugurated the Nigerian Army Polo Association Board of Trustees, saying it would enable the Nigerian Army to tab the full benefits of polo game worldwide, as well as encourage and develop it in the country.

The inauguration was held at the Army Headquarters in Abuja.

According to the Army Chief, the selected members were carefully picked based on their respective experiences, love and interest in the game of polo.

“We have seen their capacity and capability to carry the Nigerian Army polo club to the higher heights, hence their selections,” he emphasised.

He added that the NA is working assiduously towards a global participation in the future, as necessary facilities have been put in place.

In his remarks, Major General Muhammad Abdullah Garba (rtd), who spoke on behalf of the inaugurated board appreciated the effort of the COAS in his wisdom for the careful selection, assuring the Army Chief of good working relationship.

The inaugurated board is to be chaired by the former Military Governor of Kaduna State, Col Dangiwa Umar (rtd) while other members include Major General M Garba (rtd), Major General MSA Aliyu, Brigadier General KA Kazir, and Alhaji Nasir Danu.