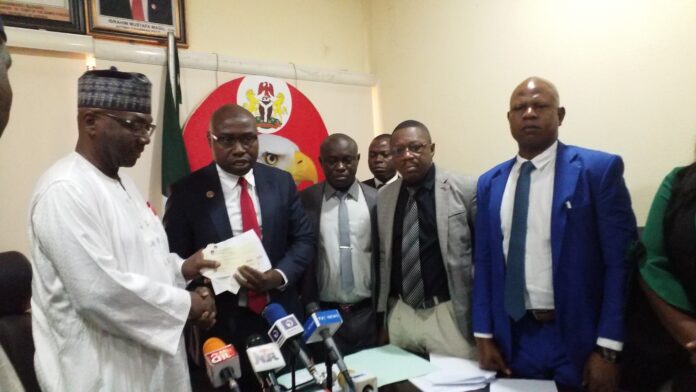 The money, which was recovered by the EFCC, following painstaking investigations, was handed over to the state governor, Abdulrahaman Abdul-Razak, by the Head of the Zone, Isyaku Sharu at the EFCC office in Ilorin, the Kwara State capital.

Sharu revealed that the money was recovered from suspected looters of the state’s treasury.

He said: “The money was siphoned from KWIRS and 16 Local Government Areas of the state.”

He further explained that about N5 billion was siphoned from KWIRS and shared in the ratio of 30/70 percent by some notable individuals in the state through their cronies.

He said: “We have 48 convictions and the worth of recovered assets, both at interim and final forfeiture is in excess of N8.5 billion.

“The mandate given to the Commission is to conduct holistic and all-inclusive clean up of fraud and pen robbery, and we will not relent in doing this.”

“This fund will be used to augment the budget, social development and the remaining will be used for paying state government debt to federal government on the SME programme.”

He further revealed that the previous administration in the state, took a loan of N2 billion from the Federal Government to implement SME programmes, but nothing was accounted for, as most of it was basically stolen.