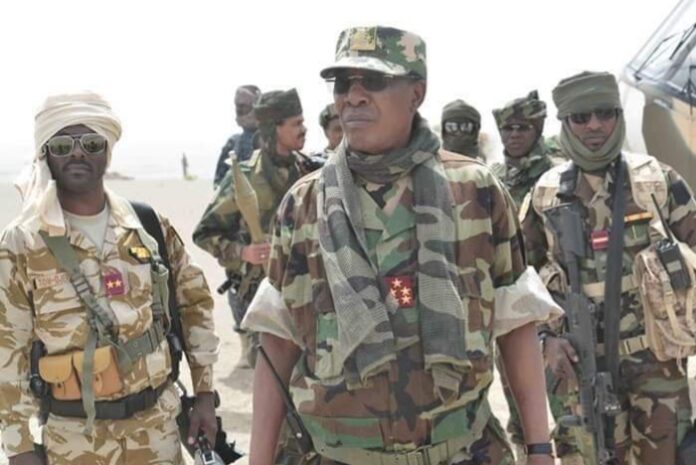 After an ambush by insurgents which killed over 90 of its soldiers last week, the Chadian military has massacred dozens of Boko Haram terrorists in a Retaliatory operation.

Few days after his meeting with the Commanders of Multi-National Joint Taskforce (MNJTF) at Baga, the Chadian President, Idriss Deby, directed his country’s Armed Forces to embark on merciless operations in the lake Chad axis.

In one of the videos obtained by PRNigeria, the Chadian troops were seen chanting morale-lifting songs, while firing Rocket Propelled Grenade (RPG) guns at the insurgents in heavy gun battles.

In another video, the troops during clearing operations were seen beating and hitting several unconscious bodies of terrorists with sticks and hefty clubs to death.

Meanwhile, the sectional leader of Boko Haram, Abubakar Shekau has released an audio messaging consoling the terrorists and threatening the Chadian President.

In the audio message addressed to President Deby in Hausa language, Shekau warned thus: “Do not think because you have fought several secular wars in several fronts, you can fight those of us that chose to fight for the Jihad,” he said.