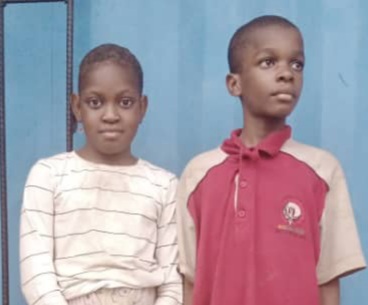 The FCT Police Command acting on a tip-off on Friday rescued two children that were allegedly locked in a toilet and subjected to inhuman treatment by their guardian who lives on the second floor of a two storey-building in FCDA quarters Garki.

2. One of the children, Wisdom Christopher King Chidemi ‘m’ 9 years old, who miraculously escaped through the window of their guardians  apartment located in a two storey-building raised the alarm that led to the rescue of the second victim, one Angel Nwoga ‘f’ 9 years old from the apartment.

3.  The second victim was rescued from the apartment by operatives from Garki Police Division and Federal Fire Service.

4. The guardian, Mrs. Loveth Ilobi, was reported to have been subjecting the children to undue hardship and inhuman treatment; information has it that she often starves the children of food and locks them up in the toilet pending her return from work late at night.

4. The culprit has been arrested by Police operatives from Garki Division. Investigation is on-going.