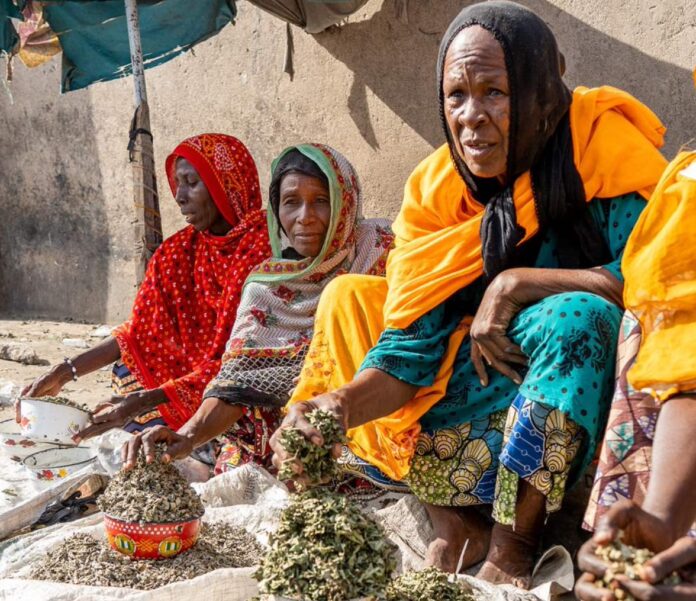 Older people have suffered in unique ways from the conflict that has raged for almost a decade in Northeast Nigeria, with many starved or slaughtered in their homes or left to languish and die in squalid, unlawful military detention, Amnesty International said in a new report today.

The 67-page report, “My heart is in pain”: Older people’s experience of conflict, displacement, and detention in Northeast Nigeria, shows how both Boko Haram and the Nigerian military have committed atrocities against older women and men, with nobody held to account. It also focuses on how displaced older people are consistently overlooked by the humanitarian response.

“When Boko Haram has invaded towns and villages, older men and women have often been among the last to flee, leaving them particularly exposed to the armed group’s brutality and repression – amounting to war crimes and likely crimes against humanity. This has included torture, being forced to witness killings and abductions of their children, as well as looting resulting in extreme food insecurity,” said Joanne Mariner, Director of Crisis Response at Amnesty International.

“Nigeria’s military, in turn, has repeatedly shot older people to death in their own homes during raids on villages in Boko Haram-controlled areas. Thousands of older people have been denied dignity in hellish conditions in military detention, with many hundreds of them dying in squalor. These, too, amount to war crimes and potentially crimes against humanity.”

Living under Boko Haram’s repression
Many villages in areas under Boko Haram control are disproportionately populated by older people who are unable to flee or who choose to stay and continue working their land.

“Boko Haram… asked why I was still around when others had run away… I told them it was my house and I was not scared of dying. Some of them said instead of killing me, they’d put me in permanent pain. They brought out their knife and stabbed me in my foot, leaving a big gash,” said an 80-year-old woman from a village in Michika local government area (LGA), Adamawa State.

On 28 November 2020, Boko Haram killed at least 43 farmworkers near Koshebe village, in Borno State, mostly with machetes or knives; dozens more civilians from the area remain missing. Amnesty International interviewed a 65-year-old man who was among those captured; he was on a one-week contract for farm labour, as he said the food assistance his family receives in displacement is irregular and insufficient to feed them. Boko Haram spared and released the man, but murdered two of his sons. “Those boys, they’re the ones who help me stay alive,” the man said. Boko Haram had murdered another of his sons five years earlier, during an attack that forced his family to flee their village in Mafa LGA.

Boko Haram’s looting of harvests and livestock, combined with the military’s severe restrictions on aid access, has resulted in extreme food insecurity for older people, with Amnesty International receiving reports of many dying of starvation. In September 2020, the UN Secretary-General indicated that Northeast Nigeria was at risk of famine, with “alarming levels of food insecurity and hunger”.

Attacks on civilians and unlawful detention
In its operations against Boko Haram, Nigeria’s military frequently fails to distinguish combatants from civilians and at times even deliberately targets civilians – a war crime.

Amnesty International found that many older people with limited mobility are unable to flee and have been shot and killed or seriously injured when soldiers spray bullets through houses. Others have burned to death inside their homes when the military torched villages perceived to support Boko Haram.

A man in his late 50s from a village in Bama, Borno State, described a Nigerian military attack on his village: “They came in the night… My father was an older man – more than 75. I said we should run to the bush. He said he couldn’t, he was too old…We came back, around 2 a.m. He had bullets all in his body. We took the body to the farm area, and we buried it there.”

Older people are not spared the military’s widespread unlawful detention of people fleeing Boko Haram areas – even without any evidence that the person was linked to the armed group, much less involved in violence. Amnesty International interviewed 17 older men and nine older women who were unlawfully detained – for periods ranging from four months to more than five years – in unfathomably inhumane conditions in Maiduguri’s infamous Giwa Barracks and other sites.

Severe overcrowding, scarce food and water, extreme heat, infestation by parasites and insects, and lack of access to adequate sanitation and health care are among the litany of violations at Giwa. While there have been improvements in recent years, the conditions remain inhumane and, from 2013 to 2017, were so extreme that they amounted to torture for everyone detained there. Older detainees described how the grossly inadequate sanitation meant they frequently urinated or defecated on themselves – an assault on their basic dignity.

Amnesty International estimates that, in the context of the Boko Haram crisis, at least 10,000 people have died in custody since 2011, many of them in Giwa Barracks. The organization reviewed more than 120 images of corpses brought from the barracks to a local mortuary, and spoke to individuals with insider knowledge who estimated that 15-25% of those who have perished are older men. This is disproportionately high, as older men appear to account for no more than 4% of the population in Northeast Nigeria. In April 2017 alone, 166 corpses were transferred from Giwa to the mortuary.

In displacement camps, the failure to ensure that humanitarian aid is adequate and reaches some of the most at-risk people, including older people, has led to the violation of their human rights.

Amnesty International spoke to older people from 17 camps across Borno State and none of them had received targeted assistance as an older person. They felt invisible or as if they were treated as a “burden”. Some reported having to beg just to have enough food and medicine to survive. Others said they were forced to go without essential medication.

Many older women in particular face further challenges as they care for grandchildren whose parents were killed, abducted, or detained by Boko Haram or the Nigerian military. Gender discrimination and patriarchal norms in Northeast Nigeria pose additional barriers to older women’s participation in processes that impact their lives. “Nobody is hearing us, nobody is seeing us,” one older woman told the organization.

“All too often, older people have been ignored in aid provision in Northeast Nigeria. Inclusion means respecting the rights of people with different needs and risks, including those associated with ageing. It is time to stop treating older people as an afterthought,” said Osai Ojigho, Director of Amnesty International Nigeria.

Background
International law does not provide a global definition of what constitutes an “older person”. It is often defined as age 60 or older, including in a regional human rights treaty signed by Nigeria, but the UN Office of the High Commissioner for Human Rights (OHCHR) has promoted a context-specific approach, which Amnesty International agrees responds better to individual rights. In the context of Northeast Nigeria, Amnesty International has included people in their 50s, also taking into account their self-identification as an “older person”.

For this report, Amnesty International carried out field and remote research between November 2019 and October 2020, and interviewed 62 older women and 71 older men affected by the conflict. It also interviewed representatives of international and local humanitarian organizations operating in Northeast Nigeria, as well as witnesses to atrocities against older people, hospital staff, and prison staff in a facility where people are detained amid the conflict.

The research for this report builds on close to a decade of Amnesty International’s work on the conflict, including previous reporting on crimes by Boko Haram and by the Nigerian military. Hundreds of Amnesty International interviews from prior research contribute to this report’s analysis, including more than 140 interviews with people formerly detained in Giwa Barracks.

It follows a separate report, ‘We dried our tears’: Addressing the toll on children of Northeast Nigeria’s conflict, published in May 2020.