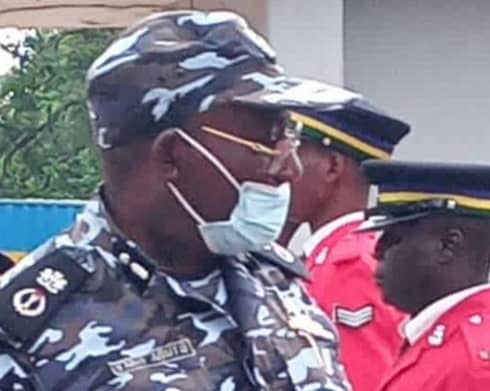 The Zamfara State Police Command wishes to inform members of the public that, CP Abutu Yaro fdc, has been posted as the new Commissioner of Police in the State. He took over from CP Usman Nagogo psc+ who was redeployed to Force Headquarters, Abuja.

An Indigine of Kogi State, CP Abutu Yaro fdc holds B.A (HONS) from Ahmadu Bello University Zaria, in 1986. After his National Youth Servce Corp at the Police College Ikeja in 1987, CP Abutu Yaro was enlisted into the Nigeria Police as Cadet Assistant Superintendent of Police in 1988. He had his Cadet Training at the Nigeria Police Academy, (Kaduna Annex) where he successfully passed out and posted to Benue State State Police Command where he undergone a compulsory one year attachment. His last duty post was the Commissioner of Police, Department of Operations Force Headquarters, Abuja.

As a seasoned Police Officer, CP Abutu Yaro fdc has attended many courses within and outside the country that includes :-

CP Abutu Yaro fdc likes hunting and travelling which made him to travel to countries such as United Kingdom (Liverpool), Saudi Arabia, Republic of South Africa, Senegal, Benin Republic among others.

The new Commissioner of Police has since assumed duty and he assures the good people of Zamfara State of hard work, Commitment, dedication and professionalism in the discharge of his duty. He further appeals for continued support and cooperation from all and sundry to enable the police discharge their constitutional duties of protection of lives and Properties of the citizenry.