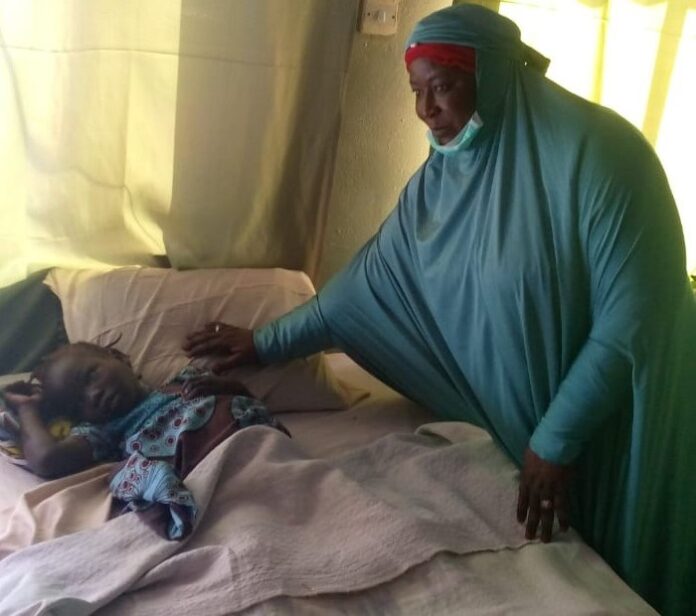 Little Girl Survives, Responds to Treatment after Removal of Vagina by Ritualists

The Bauchi State Police Spokesperson, DSP Ahmed Mohammed Wakil told PRNigeria that she was rescued and admitted in Kano where she is now recuperating with a very good chance of survival.

Independent Investigation by PRNigeria confirms this, as the little girl was found actively playing on a mobile phone when sighted.

Also speaking to PRNigeria on the matter, Hajiya Hauwa Inuwa Dutse, the Public Relations Officer, Aminu Kano Teaching Hospital, said that the facility is doing everything possible to administer adequate treatment on the victim in order to enable her go back to her normal life.

“We are closely taking care of her medically and monitoring to ensure that she is stable without other underlining medical ailments or issues which may include depression or infection. We have to rule all these out in such cases before taking other necessary line of action.” She said.

Further checks by this medium revealed that the Bauchi State Governor, Dr. Bala Mohammed has directed that no external help be sorted on the girls behalf as the state government will take care of all her bills.

Two suspected ritualists arrested for allegedly removing the private part of a little girl in Bauchi State said they committed the dastardly act because of N500,000.

The suspects, Abdulkadir Wada and Adamu Abdulrauf, in an audio clip obtained by PRNigeria, said while been interrogated that, they were asked to bring the sexual organ of a female by a ‘native doctor’, who promised to give them the money.

The two criminals, who are from Jama’are Local Government, were nabbed by men of the Bauchi State Police Command.