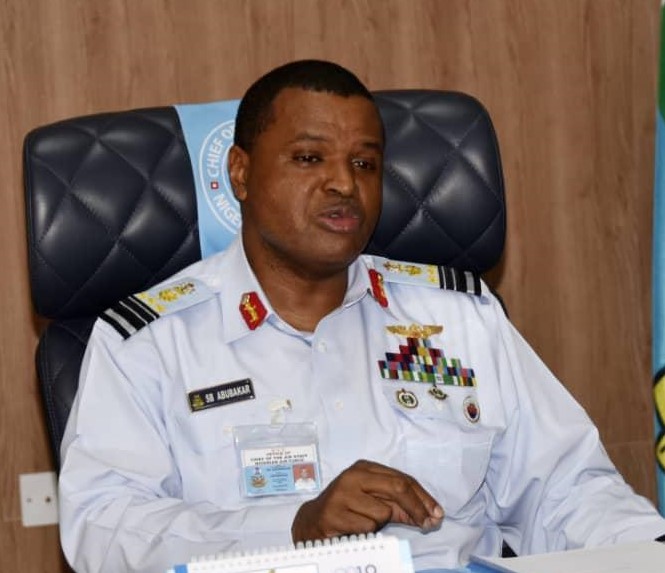 As the Nigerian Air Force (NAF) and sister Services of the Armed Forces continue to record several successes in the fight against insurgency, the Service is set to ramp up its partnership with Hungary in the areas of fighter pilot training, operation and maintenance of Intelligence Surveillance and Reconnaissance (ISR) cameras as well as other important areas of competence. This was disclosed today, 22 January 2021, by the Chief of the Air Staff (CAS), Air Marshal Sadique Abubakar, while receiving the Hungarian Consul-General to Nigeria, Mr Endre Peter Deri, and the Chief Executive Officer, Hungarian Magnus Aircraft Manufacturing Factory, Mr Laszo Boros, at the Headquarters NAF in Abuja.

Speaking during the visit, the CAS noted that developing bilateral and multilateral partnerships in the war against terror has become necessary because of the global nature of terrorism and its attendant negative impact in the form of population dislocation due to forced migration as well as socio-economic upheavals, if not effectively dealt with. He noted that partnership between the NAF and Hungary would enable the NAF to take advantage of the competencies available in Hungary to address some of the technical challenges the Service currently faces in the conduct of its operations.

Air Marshal Abubakar stated that the NAF was willing to send a team to Hungary to assess available opportunities for aircraft and associated equipment acquisition, human capacity development as well as Research and Development (R&D), amongst other areas of collaboration. “As you are aware we are fighting a counter-insurgency war in the North East and the aircraft produced by the Hungarian Magnus Aircraft Manufacturing Factory, which has ISR capability, would be useful in adding value to what we are doing in the North East and other Theatres of Operation”, the CAS said. He highlighted other areas of interest to include the training of fighter pilots, aircraft technicians and engineers as well as capacity development for the operation and maintenance of ISR payloads and ISR imagery analysis.

Earlier, the Chief Executive Officer, Hungarian Magnus Aircraft Manufacturing Factory, Mr Laszo Boros, noted that the visit was aimed at seeking avenues to strengthen strategic partnerships for aircraft and associated equipment sales as well as capacity building. He disclosed that the Company was willing to provide bespoke solutions that would support the operations of the NAF in the fight against insurgency and other forms of criminality. Similarly, the Hungarian Consul-General, Mr Endre Peter Deri, expressed preparedness to deepen partnership with the NAF, stating that it would further improve on the existing cordial relationship between Nigeria and Hungary in the area of capacity building.

Also present during the visit were HQ NAF Branch Chiefs and other senior NAF officers.