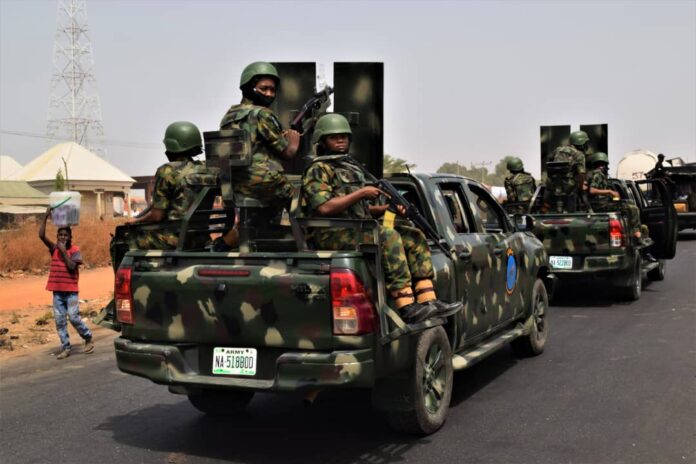 The first batch of the troops who are of Nigerian Army Women Corps (NAWC), were formally received by Governor El-Rufai at their Kakau base on the highway. The role of the women soldiers is to compliment the existing operations along the highways and the environs.

Speaking on the occasion, Governor El-Rufai expressed optimism that, with the deployment of the female soldiers, the insecurity along the highways will soon be a thing of the past.

Governor El-Rufai expressed gratitude to the Nigerian Army for deploying the troops and assured them of the continued support of the Kaduna State Government as they works towards securing the entire State.