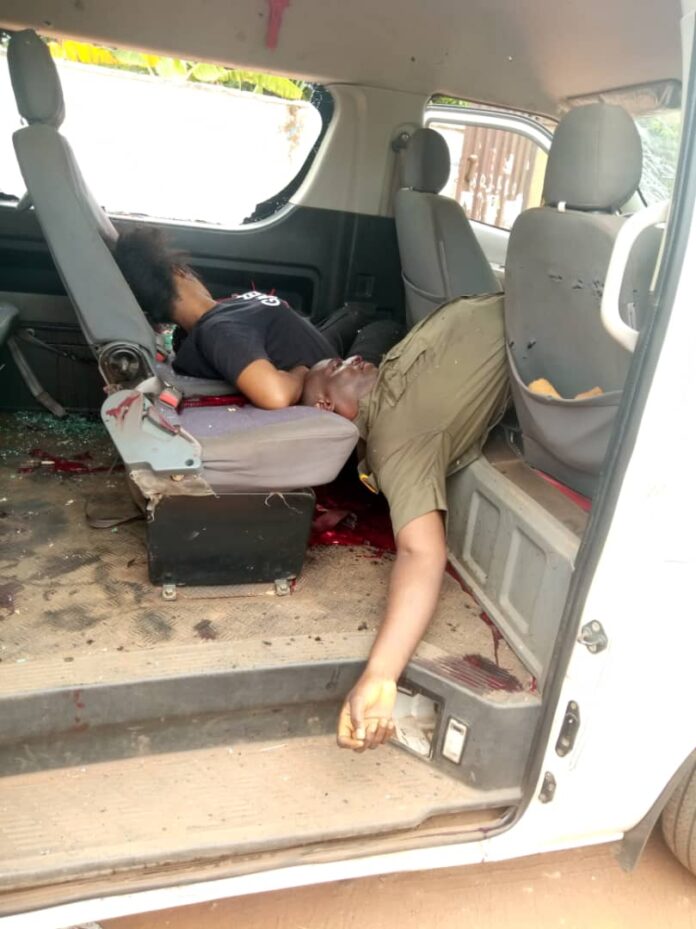 An inmate of Aguata Custodial Centre on Friday escaped from a Correctional Service Vehicle in Anambra State.

It was gathered that the inmate, whose identity is still unknown, ‘disappeared’ after suspected gunmen attacked the correctional service official car, on its way to a court.

A reliable source told PRNigeria that the attack was planned by the inmate’s brother.

He said an arms squad personnel and a police woman were killed by gunshots, while the driver and in-charge court not found yet.

“The court escort was also wounded and is still unconscious,” he added.