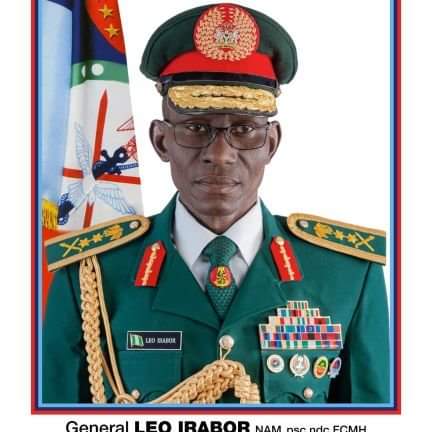 2. Within the period in focus, troops of the Armed Forces of Nigeria intensified their operational efforts in the fight against terrorism, banditry, hoodlums and militancy as well as other criminalities across all the geo-political zones of the Country. Troops conducted series of clearance patrols, ambush, raid, picketing, cordon and search operations as well as artillery bombardments. Others are anti-piracy, anti-illegal oil bunkering, anti-crude oil theft, anti-pipeline vandalism and anti-smuggling operations were also conducted within the period. There were also extensive air operations, which included air patrols, Intelligence Surveillance and Reconnaissance missions, offensive air strikes, air interdictions, search and rescue operations as well as close air support for ground troops. These operations within the period yielded appreciable results.

OPERATION HADIN KAI
3. The troops of Operation HADIN KAI between 20 May and 2 June 2021 carried out series of operational activities. They rescued kidnapped victims, neutralized scores of terrorists, destroyed terrorists’ enclaves, arrested terrorists and intercepted terrorists’ logistics items including vehicles. On 20 May 2021, troops had contact and engaged BHT criminal elements in Gwoza LGA of Borno State. This occurred as troops swiftly responded to a distress call by farmers on attack on their location. Troops gallantly rescued the farmers. During the encounter, several terrorists were neutralized, while some others escaped with varying degrees of gunshot wounds. Also on same day, troops while conducting aggressive clearance operation on BHT’s hideouts at Ngaiwa, Tongunle, Washelle, Mo’o, Mudollo, Mugdalla and Amtul villages, all in Dikwa LGA of Borno State, killed scores of the terrorists and recovered large caches of arms and ammunition.

4. In related developments between 21 and 25 May, troops conducted cordon and search, raid operations and arrested BHT logistics suppliers at Ngamdu Town in Kaga LGA of Borno State, New Barracks Location along Damaturu – Potiskum road as well as Kukareta Town in Damaturu LGA of Yobe State. Items recovered during the operation include; large numbers of jerry can and drums of PMS, assorted arms and ammunition and assorted logistics items. This large consignment of logistics has drastically dislocated the terrorists’ logistics network in the region. Meanwhile on 23 May 2021, the Air Task Force of Operation HADIN KAI conducted an extensive air interdiction missions near Gudumbali in Guzamal LGA and the Toumbuns of Lake Chad of Borno State. The air interdiction missions executed with various NAF platforms resulted in the neutralization of scores of BHT criminal elements and destruction of their camps and logistics facilities.

OPERATION HADARIN DAJI
5. Between 20 May and 2 June 2021, troops of Operation HADARIN DAJI conducted and executed series of concurrent operations. These operations led to the arrest of kidnappers/bandits and gun runners, rescue of kidnapped victims, repelling of armed bandits’ attack and neutralization of scores of armed bandits as well as recovery of caches of arms and ammunition. These operational achievements were recorded during troops’ aggressive patrols’; response to distress calls as well raid and ambush operations. The operations were executed at Jalawa Village in Kibiya LGA of Kano State; Shombo Warari Market Road in Rijau LGA of Niger State; Lugu Village in Wurno LGA of Sokoto State; Hayin Daudu Village under Mada District in Gusau LGA of Zamfara State; Dangeza Road in Batsari LGA of Katsina State. The troops of Operation HADARIN DAJI have remained vigilant and dominated the operational areas with constant aggressive patrols.

OPERATION SAFE HAVEN
6. Troops of Operation SAFE HAVEN and other security agencies in the North Central Zone of the Country conducted several kinetic operations between 20 May and 2 June 2021. These operations resulted in the rescue of kidnapped victims, neutralization of scores of bandits, destruction of bandits’ hideouts and arrest of bandits. On 20 May 2021, own troops conducted a raid operation at Gana Ropp Village in Barkin Ladi LGA of Plateau State. The operation which took out some illicit drug peddlers’ hideouts, led to the arrest of some of the peddlers and impoundment of large quantities of cannabis sativa. All arrested persons and recovered exhibits have been handed over to relevant agency for prosecution. In another development, on 24 May 2021, troops intervened in a clash between farmer/herder at Fubur in Jos East LGA of Plateau State. The clash which was provoked by the destruction of farmlands by herders’ cattle was amicably resolved by troops, who invited both parties to peaceful dialogue. In a similar development, troops were able to restore normalcy by ensuring the release of a herder who was abducted by Berom youths at Byei Village in Riyom LGA of Plateau State. The swift intervention of troops in both incidents averted imminent reprisal and retaliatory actions that would have resulted in bloodsheds in the Region.

OPERATION WHIRL STROKE
7. Troops operational activities in Operation WHIRL STROKE between 20 May and 2 June 2021 include arrest of cultists and raid on bandits’ hideouts. On 20 May 2021, troops on the heels of credible intelligence arrested some cultists at Koko area of Adikpo Town in Kwande LGA of Benue State during a raid operation. Exchange of gun fires ensued between the troops and the cultists during the encounter, before some of them were arrested. Some arms and ammunition as well as other dangerous weapons were recovered from the cultists; however, 2 of our troops paid the supreme price during the encounter. In another encounter, troops of Operation WHIRL STROKE on 26 May 2021, neutralized several armed bandits and incapacitated some others in a raid operation. The raid operation was conducted on the bandits’ hideouts at a forest in Ankur Village in Katsina-Ala LGA of Benue State. Several arms and ammunition were also recovered from the criminal elements during the encounter.

OPERATION THUNDER STRIKE/WHIRL PUNCH
8. Troops within Operation THUNDER STRIKE/WHIRL PUNCH theatres of operations engaged in various kinetic operations between 20 May and 2 June 2021. On 23 May 2021, troops responded to a distress call on abduction of 4 travellers along Gidan Waya – Godogodo – Jangindi Road in Jama’a LGA of Kaduna State. The swift response by troops led to the rescue of 2 of the victims, while efforts are ongoing to rescue the remaining 2 victims. Also, on 24 May 2021, troops conducted raid operation on a criminal hideout at Aiyedayo – Iyah – Gbede Road in Ijumu LGA of Kogi State. The kidnappers among other criminal activities abducted some residents from Iyah – Gbede Community a day before. During the operation, the criminals were arrested and handed over to appropriate agency for prosecution.

OPERATION DELTA SAFE
9. The troops of Operation DELTA SAFE conducted series of kinetic operations against economic saboteurs and other socio-economic vices between 20 May and 2 June 2021. In Rivers State, troops immobilized several illegal refining sites along with numerous reservoirs and polythene bags of illegally refined oil products at different sites. Troops also intercepted and deactivated boats and vehicles used for illegal bunkering and illegal economic activities as well as recovered large quantities of oil products and other items of economic value. The operations were conducted at Ibaa and Elele-Alimini general areas of Emohua LGA; Komkom Community in Oyigbo LGA; Isaka axis in Degema LGA and Okpoworo area in Ahoada LGA. Other locations were, Bonny Town, Tamgbolo – Susu Community and Samkiri Community general areas as well as Coconut Estate Waterways, all in Bonny LGA. In Delta State, within the period in focus at different locations, troops arrested wooden boats and immobilized speed boats laden with contraband items and illegally refined oil products and crude oil in jerry cans. These operations took place at Abiteye area in Warri South and Opuama Creek in Warri North as well as Warri South LGAs of Delta State. Troops also arrested cultists on Oshoni Street at Ozoro in Isoko North LGA of the State. The arrested cultists have terrorized innocent people in the area.

10. In other encounters, own troops in Ikot Ekpene area arrested some IPOB/ESN members at Essien Udim LGA of Akwa-Ibom State following credible intelligence on the hoodlums’ activities in the area. The suspects were identified to be part of the IPOB/ESN members involved in killing and burning of policemen and stations in the area. Also, troops arrested some members of the Scorpion Confraternity, who have been terrorizing and robbing people at Ikong-Offiong in Akpabayo LGA of Cross River State. Relatedly, troops on 23 May 2021 repelled members of IPOB/ESN attack on troops at Amoka Village in Udi LGA of Enugu State. During the encounter, a member of the IPOB/ESN was neutralized in contact and some arms and ammunition were recovered. Furthermore, troops arrested some members of IPOB/ESN, including one Mr Black who has been on security operatives wanted list, at Ikot Akpan Town in Essien Udim LGA of Akwa-Ibom State. The criminals are reportedly among those responsible for the current wave of attacks, killings and burning of police operatives and stations in the Southern part of the Country. The hoodlums have been handed over to appropriate prosecuting agencies for necessary action.

OPERATION AWATSE
11. Between 20 May and 2 June 2021, troops of Operation AWATSE maintained constant vigilance and operational tempo as well as patrolled our waterways. On 20 May 2021, troops of Operation AWATSE arrested some members of the Aiye Confraternity at Omiyale Junction in Owode Egbado Village, Yewa South LGA of Ogun State. The cultists are said to be a group of notorious criminals who have been terrorizing innocent people in the area. The arrested cultists and weapons recovered have been handed over to appropriate prosecuting agency for necessary action.

12. Ladies and gentlemen, gleaning from the operational activities of the troops in the various theatres of operations as I have just highlighted, there is no gain saying the Armed Forces of Nigeria and the security agencies are dedicated to ensure peace return to our dear Country. We once again assure Nigerians that, the Nigerian Military remain resolute to take decisive and adequate actions to abate terrorists and bandits’ activities as well as other vices in Nigeria.

13. At this point you are all aware of the appointment of the new Chief of Army Staff, Major General Farouk Yahaya. This has stirred up lot of rumours in the media about mass retirements in the military. I wish to use this medium to dispel such unfounded rumours. Retirement is only on voluntary basis for senior officers who desire to do so. At this point, no retirements has been authorized by the Military High Command.

14. The Military High Command will not be weary of appreciating the general public for their support and continue to encourage them to provide credible and timely information that will facilitate our proactive engagements in the theatres of operations. The Military High Command also lauds all efforts of the gallant troops of the Armed Forces and personnel of other security agencies involved in various operations across the country for their resilience and indefatigable commitment. Once again, I thank you and God bless.