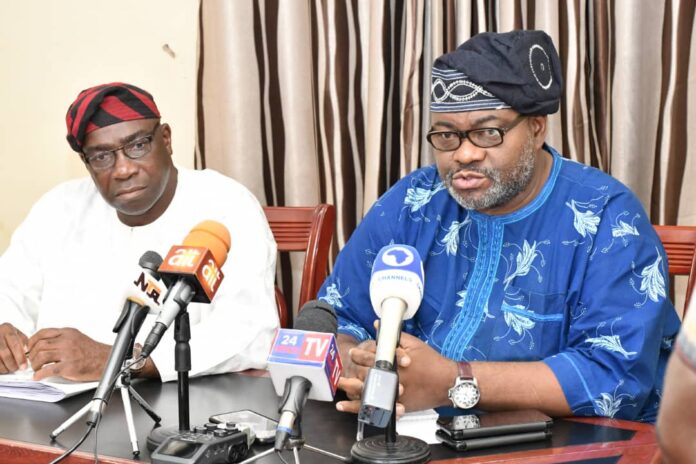 This is just as they have demanded for the Presidency come 2023, because according to the forum, the zone represents a rallying point for unity since the last civil war.

The Publicity Secretary of the NCPF,  Rt Hon Sule Audu Dikeson and the Chairman Publicity Sub-Committee for the Summit, Dr  Tunde Olusunle who  jointly spoke to Journalists in Abuja said that the summit would  provide a platform for all stakeholders in the geopolitical zone to discuss and proffer solutions to increasing wave of violence which has threatened the survival of the zone.

The NCPF top officials revealed that the Summit would be done in collaboration with the traditional rulers, major stakeholders, youths and women, adding that former State chief Executives both military and civilians were the brains of this this current move to de-escalate the  ongoing killings in the zone.

They noted that it has become necessary for the Forum to speak for the zone rather than keeping quiet and watch its indigenes being killed and kidnapped on the daily basis.

“We condemn in totality the unending kidnapping and killings in Benue, kogi, Kwara Niger, Plateau, Nasarawa and other states across the country. The North Central is the bridge between the north and south, so we can’t be quiet and watch the country being thrown into crises,” they said.

The forum said it has refused to call for war and break-up of the country but rather urged Nigerians to join hands in the fight against insecurity, and particularly commended the governors and security agencies in the zone for their tireless efforts in curbing insecurity but urged them to do more.

Meanwhile, the group has said that if the presidency is given to the zone, the rising wave of insecurity would be checkmated, reasoning that the North Central zone was responsible and has continued to be the beckon of peace and harmony after the last civil war.

They noted that most of the leaders from the zone have served the country diligently, stressing that the democracy being enjoyed was midwifed by a son of the North Central, General Abdulsalami Abubakar.

“General Ibrahim Babangida was able to move the capital of Nigeria all the way from Lagos to North Central, which is part of the North. Gowon sacrificed to bring Nigeria together as one. All these three people are from North Central and we want to ensure that their labours are not in vain.

The forum noted that the “zone needs development and is prepared to pursue that with Federal Government, with the cooperation of our Governors irrespective of our political affiliations”.

On whether the NCPF is working at cross purposes with the Arewa Consultative Forum (ACF), the group said that despite the existence of the North Central People’s Forum, we still belong to ACF, in fact we need ACF more to achieve our goal because, as a mother body, when we bring our issue to ACF and it is amplified and escalated to the federal level and  government will know this is the North speaking.