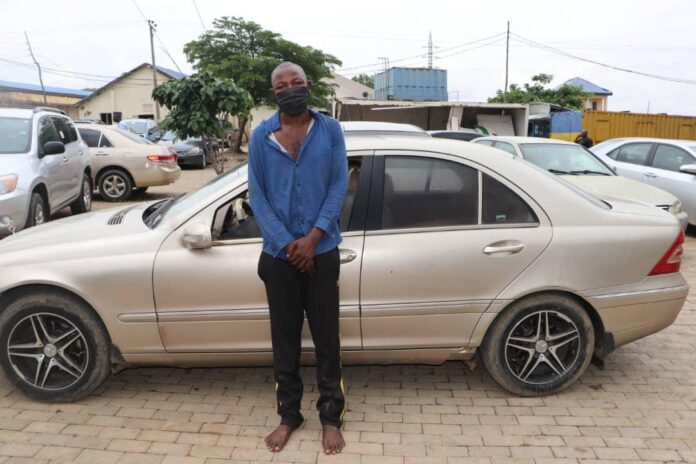 Command has arrested one Udogu Chidi Solomon a notorious one chance robber, linked to the murder of one Alhaji Suleiman Danjuma ,a Director in the Office of the Accountant General of the Federation sometime in March 2020.
2. Udogu Chidi ‘m’ 34years was arrested by Detectives of the Command’s Anti-One Chance Section on Saturday, 26th June, 2021 along Zuba axis during a routine patrol. Preliminary investigation revealed that the suspect belonged to a three-man one chance robbery syndicate, he further confessed his involvement in the crime and other criminal activities. Exhibits recovered includes: one (1) gold colour Mercedes Benz c230.

3.The suspect will be arraigned in court upon conclusion of investigation. However, two (2) other members of the syndicate have been convicted and sentenced to jail.