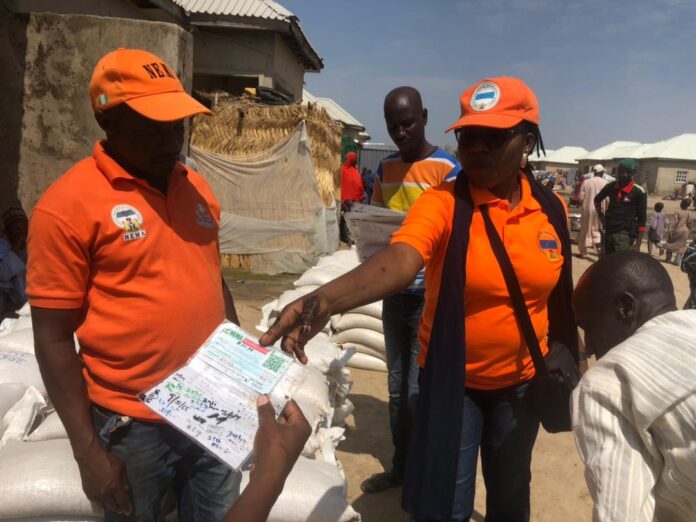 The IDPs in Borno State, have been receiving food items provided by NEMA as support for victims of insurgency.

NEMA North East zonal coordinator wagami Lydia Madu is leading the food distribution team that will conduct the distribution at the designated areas which include camps,host communities and three liberated areas of Jakana, Mainok and Benesheik with a total of 35,508 households benefitting in Borno state.

The food items were approved for distribution by the Director General NEMA Alh Mustapha Habib Ahmed as part of the federal government’s efforts to support the Borno state government In easing the hardship of IDPs displaced by insurgency.

Each household will get a ration consisting of food items which includes beans, rice,maize and condiments like seasoning,salt,tomato paste and cooking oil .