Home Security Bandits are Calling the Shots over Abducted Students and We Obey- CAN... 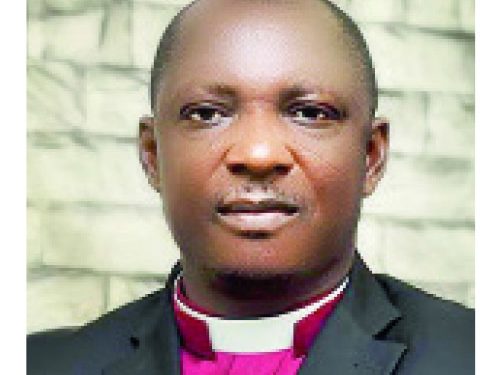 The Chairman, Kaduna State of the Christian Association of Nigeria (CAN), Reverend John Joseph Hayab has said that the bandits who abducted about 121 students of Bethel High School in Kaduna are calling the shots which the school and parents are obeying.

Hayab, a Baptist senior pastor disclosed this in an interview with AIT, which was monitored by PRNigeria.

He said the armed bandit requested and collected various food items from their religious association twice, before releasing 28 students, a few days back.

According to Hayab, more students are still in the bandits’ captivity, but negotiation is still on for their safe release.

He said: “The children’s parents and school authority might have every reason to cooperate with the bandits. We would have behaved or sound very tough with the bandits if we have a government that is up, putting them on the run. For the bandits to have asked us to give them food, simply shows that they are in comfort where they can cook. The fact that Nigerians should know we gave them food twice. The first food they requested we gave them before we start the negotiation.

“Two days before they released the first batch, they asked us for more food and we had to give because we have no other option. The bandits have caused us sorrow, they treated our children in a very bad traumatic situation that I don’t even understand how these children will grow up to be patriotic to the country, a country that is supposed to protect them.

“The bandits are the ones calling the shots and we have to obey. We can only resist them if we have a government that will put them on the run and make things difficult for them. Our governments do say, no, we don’t need to negotiate with bandits, but sadly you cannot keep quiet. The truth is that many people don’t understand these things until you are a victim.

“The very night they kidnapped these children, my son schools there and he was one of the luckiest children that escaped, but within that one and half hour that I was in the house trying to calm down his mother to be sure that whether he is kidnapped or he is safe, I could see the trouble and challenge I have calming down my wife because her concern is that, her son is he alive? What is happening and soon.

“So, once you are a victim, you will understand the pains that the victims are going into, but if you are not a victim, you will still use fine English to give terminologies because you don’t even understand the pain they are going through.  So, I sympathized with the parents, I understand things are tough, but that is the best we can do. We expect all the children to comeback as we cooperate; we did everything they asked us to do but the bandits chose in their own wisdom that they will give us the children in batches.

“We are sometimes careful when we are going to this discussion on what the governor did or not. Our concern is that our children are in the house of the bandits, we are doing everything humanely possible to bring them back and we thank many Nigerians who are standing by us and we appealed that government should act and act responsibly because these things must stop or else it will be too much for us to carry in future and once it reaches that stage, then even the govt. will not be there to protect and stop the people again.”