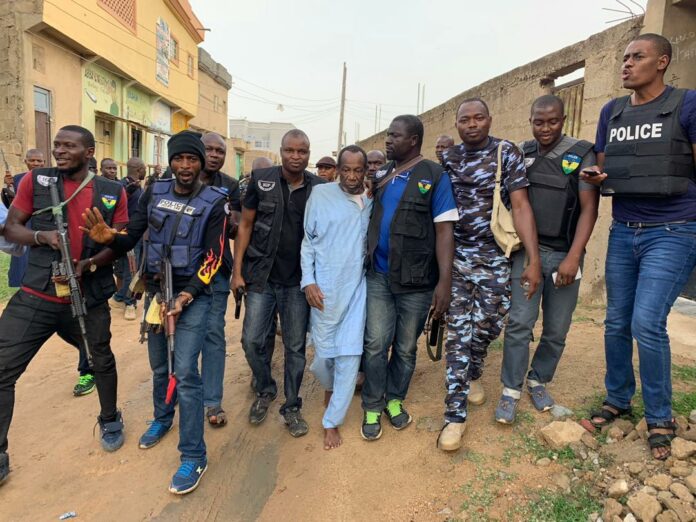 The Police Service Commission has suspended Abba Kyari, a Deputy Commissioner of Police and Head, Intelligence Response Team (IRT) of the Nigeria Police Force from the exercise of the Powers and functions of his office.

Abba Kyari’s suspension took effect from Saturday, July 31st 2021 and would subsist pending the outcome of the investigation in respect of his indictment by the Federal Bureau of Investigation of the United States.

The Commission has also directed the Inspector General of Police to furnish it with information on further development on the matter for necessary further action.

The Inspector-General of Police, IGP Usman Alkali Baba, psc (+), NPM, fdc has recommended the immediate suspension of DCP Abba Kyari, the Head of the Police Intelligence Response Team (IRT), from the Service of the Nigeria Police Force, pending the outcome of an ongoing internal investigations touching on him.

The IGP, in his letter to the Police Service Commission, dated 31st July, 2021, noted that the recommendation for the suspension of the officer, is in line with the internal disciplinary processes of the Force.

The IGP further noted that the suspension is also expected to create an enabling environment for the NPF Special Investigation Panel to carry out its investigations into the weighty allegations against DCP Abba Kyari without interference.

The suspension is without prejudice to the constitutional presumption of innocence in favour of the officer.

The SIP, inter alia, is to undertake a detailed review of all the allegations against DCP Abba Kyari by the US Government as contained in relevant documents that have been availed the NPF by the Federal Bureau of Investigation (FBI).

The SIP is also to obtain detailed representation of DCP Abba Kyari to all the allegations levelled against him, conduct further investigations as it deems fit, and submit recommendations to guide further actions by the Force Leadership on the matter.

Meanwhile, the IGP has reaffirmed the commitment of the Force to the Rule of Law and assured the public of the sanctity of the probe as well as the absolute respect for the rights and privileges of the officer throughout the period of the investigations.