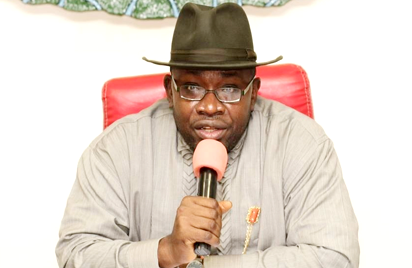 Former governor of Bayelsa State and senator representing Bayesla West  in the National Assembly, Senator Seriake Dickson today August 10, 2021 presented himself to the Economic and  Financial Crimes Commission, EFCC, following invitation by the agency over allegations bordering on abuse of office and misappropriation of public funds during his eight-year rule of Bayelsa State between 2012 and 2020.

The former governor who arrived the headquarters of the EFCC in Jabi, Abuja at about 11am is being grilled by a team of operatives investigating the allegations against him.

Though the details of the allegations against the governor were sketchy as of press time, a source familiar with the case disclosed that they relate to issues of assets declaration and misapplication of intervention funds and other assets belonging to the Bayelsa State government.

Wilson Uwujaren, spokesman of the EFCC confirmed the invitation of the former governor.