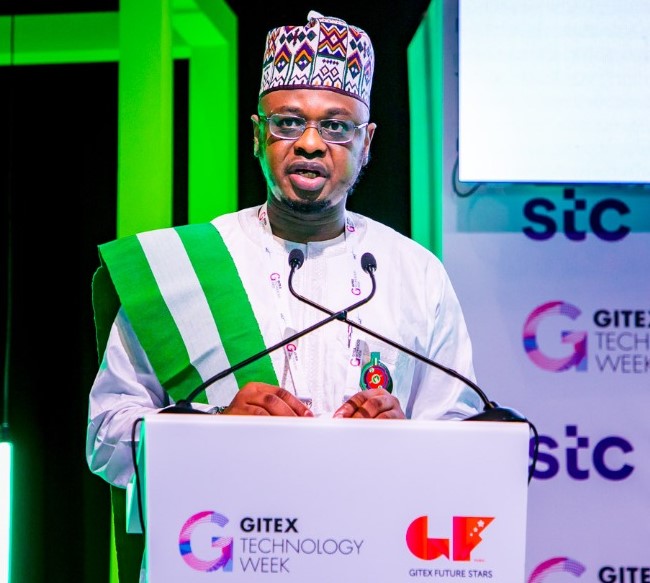 In an ironic twist one of the most charismatic Ministers in Buhari’s administration, Dr. Isa Ali Pantami has been receiving massive accolades for his outstanding performances from sincere citizens, as well as blind criticisms from blackmailing traducers for ulterior motives.

Few months ago, the traducers mounted aggressive media campaigns against him over claim of alleged support of ideologies of insurgents over a decade ago. Even though, the Minister had defended himself and explained further that he was one of Islamic scholars that have consistently attacked the ideologies of Boko Haram.

Meanwhile, videos and audios of Boko Haram leaders threatening the life of Dr Pantami emerged but that too could not persuade the critics from their reckless insinuations and criticism. In fact some of the videos included those where Pantami challenged slain Boko Haram founder, Mohammed Yusuf in a hot debate and another was the threat by terrorist leader, Abubakar Shekau to eliminate the Minister.

It is, therefore, not surprising that when Pantami is about to clock second year in office, the sponsored critics thought they could distract him and teeming Nigerians by reinventing another campaign of calumny.

Though their intention is mischief, they could not stop the Minister from reeling out concrete achievements of his Ministry and its agencies in the last two years when they collectively generated a total of N1.05 trillion.

Dr Isa Pantami, who disclosed the huge revenue during the 12th batch of virtual commissioning of eight projects by his Ministry and agencies.

He said that “The Ministry and its parastatals have generated over N1 trillion for the Federal Government in less than two years, this translates to an average of about N44 billion every month, or over N1.4 billion every day.

“The IT Projects Clearance Programme also saved over N5billion for the Federal Government.”

“I also urge them to redouble their efforts in ensuring that we keep up the good work of developing Nigeria’s digital economy,” he said.

The Minister also revealed that a total of 1,667 ICT projects have been completed while 455 others are ongoing across the country. In line with general approach for locating projects, they are situated in all the six geopolitical zones of the country and the Federal Capital Territory.

These were apart from others that were commissioned last year.

My advice to Pantami on the antics of his traducers and blackmailers is to just ignore them.

As an IT guru and scholar of repute, he should realise that their antics expose their dispositions as sectional and religious irredendists and their hatred for his faith and the section of the country he comes from. Just recently some of them have the gut to mock the great prophet of Islam in their attempt to ridicule, Dr Pantami.

Though the bigoted and eccentric traducers seem to be faceless but they are not unknown going by digital footprints and the patrons of their platforms of blackmail and propaganda.

If their media platforms were used to scandalise former Presidents Obasanjo, Yar’adua, Jonathan and even Buhari, why should Pantami feel offended? They are better ignored.

It is obvious that they are over-pampered ethnic jingoists and over-tolerated fake activists who are overtly ignored because of their questionable integrity and dubious pedigrees.

Once again, I appeal to Sheikh Pantami to ignore them and focus on his national assignment which has enormous presidential endorsements and the support of Nigerian citizens who are beneficiaries of the digital economy.