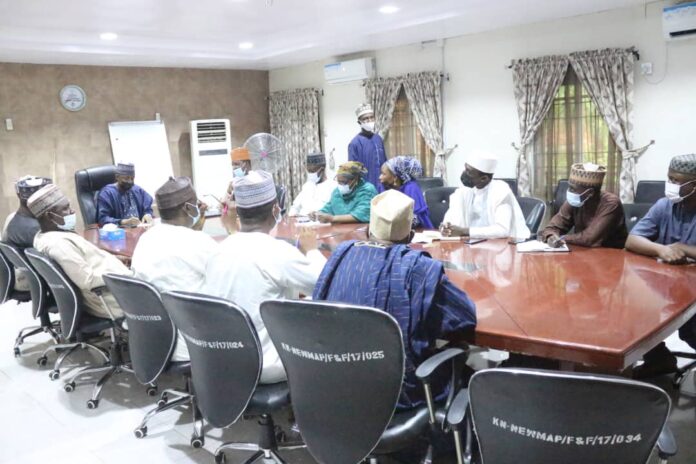 The Kano State Government is expected to generate N31bn and produce fertisers from the concessioning of waste management to a private firm, Messrs Capegate Investment Limited Company.

The Commissioner for Environment, Dr. Kabiru I. Getso revealed while hosting a joint advocacy visit by the Community Health and Research Initiative (CHR), Youth Society for the Prevention of Infectious Diseases and Social Vices (YOSPIS) and the Accountability Mechanism for Maternal and Child Health in Kano State (AMMKaS) at his ministry.

The commissioner stated that, “the waste will also be used to produce organic and inorganic fertiliser so as to improve agricultural output in the state, while generating electricity. According to the agreement, in the first year the company will start remitting to the state government N50m per month, the next year it will be N100m per month, the third N200m that’s how it will continue till the duration of the agreement,” he explained.

“Also, there will be provision of additional waste collection centres, refuse dumping centres and walls/bunkers will be built along routes for wastes to be dumped across,” he stressed further.

He tasked the three organizations to work towards actualization of the Kano Environmental Pollution Bill which according to him includes penalties to defaulters on noise pollution from generators and other sources, air pollution from open defecation, currently awaiting passage at the State House of Assembly.

The other ongoing bills include the Kano State Forestry Bill which will address the rampant cutting down of trees, which is currently at the Ministry of Justice for vetting and a third bill, Nigeria Erosion and Watershed Management Project (NEWMAP), which the ministry is currently working on.
He appreciated the work the CHR, and its associate organizations have been doing especially in ensuring the passage of about five bills while he was commissioner of health and the current awareness jingles sponsored by the Aminu Magashi Garba foundation on environmental sanitation.

While highlighting other areas his ministry has been working on such as the establishment of a “Kano environment watch” magazine for public awareness on the ministry’s efforts, a tree planting initiative targeted at planting 1million trees in strategic areas like the BUK/Kabuga axis, Gadan Lado area, Yusuf Maitama Sule University Axis, Gama among others.

Earlier in his remarks, Salisu Musa Mohammad the organizations told the commissioner that the ministry of environment is one of the ministries they have identified to work with towards achieving the state environmental policy.

“As you are aware there are multitudes of challenges associated with our environment today and here are some of the issues, we are advocating for your ministry`s more attention: Youth inclusion in all environmental policies and implementation, State lead tree planting campaign, Provision of adequate refuse disposal points and collection materials within the state, Beautification of some major roads and sidewalks with green and Policies supporting penalty for indiscriminate disposal of refuse should be improved on and fully implemented,” he said.

He assured the Commissioner that YOSPIS, CHR and AMMKaS are ready to support the ministry in a one-day dissemination meeting of the policy with all relevant stakeholders, establishment or strengthening of technical working group for the implementation of Kano state environmental policy, support Technical Working group meetings, provide platforms for effective media coverage and sensitization of the public by the ministry and advocate for additional budget for the ministry of environmental.

At the end of the meeting, the three organizations agree to support the ministry in all the areas mentioned.
While appreciating the gesture, the commissioner stated that the one-day dissemination meeting of the State Environmental Policy with all relevant stakeholders will be timely after it’s launching by the Vice President of the Federal Republic, Professor Yomi Osinbajo.

He expressed optimism that with such partnerships and concessions Kano is on its way to being the cleanest city in Nigeria.