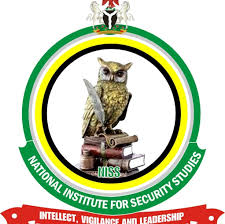 NISS: On Graduates of National Institute of Security Studies
By Afakirya A. Gadzama

As the 2021 set of the National Institute for Security Studies (NISS) pass out in two weeks time, it marks an important milestone indicating that the Institute has made tremendous progress in all facets of its mandate as stipulated in the Establishment Act, since its inception three years ago. The Institute was conceived to, among other things, bridge the gap in the chain of strategic institutions established to produce knowledgeable security intelligence and paramilitary practitioners with pedigree comparable to what obtains in other countries.

The focus of the Institute is providing an avenue for bringing together course participants from different institutions in the national security establishment to exchange ideas on security challenges that have undermined effective synergy among security, intelligence and paramilitary organizations. This objective has become imperative in the light of the myriad of security challenges that have besieged the country in the last one decade.

The harmonious working relationship between security stakeholders in the country at a time it is facing daring security challenges that threaten its sovereignty and the quest for unity and stable democracy were also major topics of discussion during the course. The relevance of the course cannot be overemphasized.

Also central in the Institute’s mandate is addressing operational challenges and limitations, forging desirable working relationship among the various security agencies and the need for change in attitude in a changing security landscape, especially curbing excesses and incivility. Participants were therefore urged to turn a new leaf to an attitude consistent with contemporary operational practice and truthfulness in security undertakings.
It is important to note that security practice, particularly efforts geared to addressing current security challenges, are characterized by conflicts in roles, envy and differences in doctrines and operational approaches. Participants during their ten month stay in the Institute were accordingly taken through the fundamentals of inter-agency cooperation and collaboration in operations and intelligence sharing. This is in addition to discussing what governments expect from security agencies. This new concept of security is apparently more relevant to the current security challenges bedeviling the country. As a result, the participants are graduating better informed and equipped than when they came and of course getting acquainted with each other.

In an effort to turnout well informed, confident and knowledgeable participants with the required competence and disposition, much time was spent on knowledge management and conduct expected of security operatives. Those graduating have also been taken through better management practices. The lectures on management and leadership in times of crisis were particularly noteworthy. As a critical component of the course, the participants immensely benefited from the experiences of former Service Chiefs, very experienced Senior Officers, new approaches in contemporary security management and their inter-action with their foreign counterparts.

The Institute in the course of exposing participants to best practices in security management also took time to lecture them on tendencies and short comings that result in security failures in the country. Accordingly, the limitations of various security agencies in the discharge of their responsibilities in the country were frankly discussed during interactive sessions. They were also sensitized on imbibing the culture of truthfulness, civility and integrity in security management.
Expectedly, the ENDSARS riots were extensively examined by the course participants, leading to a consensus that the operations of nearly all security and related agencies need to be purged of excesses, unethical practices and shortcomings. The flip side is that some of the best brains and hands in the country can be found in security organizations in the country notwithstanding uninformed criticisms in some quarters.

It was established during discussion sessions that the challenges of security management in the country include lack of appropriate working tools, inadequate manpower, uninspiring leadership and poor attitude to work. It is believed that the Nigerian security establishment will do better if given the right leadership, orientation and appropriate working tools. Above all, security agencies in the country need to be inculcated with the understanding that they are subservient to the people and not the other way round.

The graduating participants were taken through best practices that will enhance performance and consistently urged to discard all old practices and sentiments that have proved unproductive and retrogressive. The Institute is accordingly in the forefront of promoting security without brutality and disrespect to human rights. It is in furtherance of this that respect for human rights is being considered a major component of lectures for the next course.

Another rewarding experience for participants were the study tours to states and the overview of security challenges across the nation. The foreign study tours were of immense benefits to the participants and stakeholders because they gave comparative insights into the experiences of countries around the world.

A critical area which constitutes very important topic of research that the participants were lectured on was the causes of insecurity in the country. The participants were extensively lectured on the pre-disposing causes of insecurity in the country. Among reasons identified were the underdeveloped nature of the country, ever growing population, leadership challenges and rancorous nature of politics. Although some people find it hard to appreciate, the failure of governments to meet the aspirations of the citizenry is emerging as one of the major causes of insecurity, failure of governance and leadership. Inability to properly manage growing restiveness is the result of failure to effectively manage the plight of the citizenry. The shortcomings of those in position of power were particularly alarming.
It was also observed that the country’s large population of unemployed youths will be a major security challenge in the near future unless addressed. Other revelations in the course of research by the Institute is that national security challenges such as the insurgency in the North East, the restiveness in the Niger Delta, the activities of lawless herdsmen across the country and the menace of kidnapping, hostage taking and activities of armed bandits are collectively the consequence of poor governance and failure to positively impact the lives of people. Discrimination, marginalization and injustice were also identified as major causes of disaffection and expression of suppressed disaffection in the country.Other issues discussed as contemporary security challenges in the nation are the emergence of secessionist groups and sentiments and political malpractices.

Other topics the participants were severally lectured on include instability in the sub-region particularly conflicts in the Horn of Africa, the situation in Sudan and instability in some West African countries. Other major areas of concern are growing sentiments and upsurge of secessionist agitations in countries such as Cameroun. The case of English speaking part of Cameroon and Nigeria were studied.

On the whole, it is believed that the exposure of the participants during their ten month stay in the Institute has equipped them with the knowledge and perspectives they will require to take them through leadership responsibilities in the coming years. On this score, it can be said without reservation that the Institute has succeeded in delivering its mandate during the course.