The Economic and Financial Crimes Commission, EFCC today, February 26, 2015 arraigned the trio of Rabiu Hassan Dawaki , Abdullahi Umar Rano  and Samuel Obende before Justice Dije Aboki of Kano State High Court on 28-count charge bordering on conspiracy, criminal breach of trust and falsification of accounts to the tune of N561,000,000.00 (Five Hundred and Sixty One Million Naira).
The three accused persons, all  former employees of an old generation bank, were responsible  for receiving, processing and distributing of money to all their bank’s cash centres spread across Kano, katsina and Jigawa states. They allegedly betrayed the trust of their employers and conspired among themselves to defraud their bank by diverting the funds to their own use. The accused persons allegedly altered figures to show that they made cash deliveries to designated branches whereas the monies were never delivered.
The accused persons pleaded not guilty to all the charges, prompting the prosecution counsel, A T Habib  to ask the court to fix a date for commencement of trial.
However, Justice Aboki granted bail to Dawaki and Rano,  in the sum of N30 million  each and three sureties in like sum. One of the sureties must be a  Director in the Civil Service while the others must be persons with landed properties worth N20 million within the jurisdiction of the court. In addition,, the accused persons are to deposit their international passports with the court and must not travel outside the country without the permission of the court.
The case was adjourned to March 16, 17 and 19, 2015 for trial and also hearing on the 3rd accused person’s ( Obende) bail application.
Wilson Uwujaren
Head, Media & Publicity 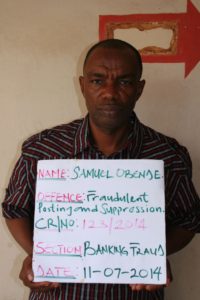 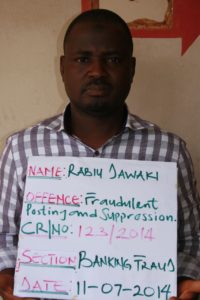