Home Anti-Corruption Judge’s Ill Health Stalls Arraignment of Kwara Commissioner, Saraki’s Cousin
The planned arraignment of Kwara State Commissioner for Information, Prince Olatunji Oyeyemi Moronfoye, and Ope Saraki, cousin to Bukola Saraki, former governor of Kwara State and Senior Special Adviser on Millennium Development Goals to Governor Abdulfatah Ahmed, before Justice A.O Faji of the Federal High Court sitting in Ilorin could not go on today as the judge was reportedly ill.
Though, Moronfoye, who served as Senior Special Adviser on Millennium Development Goals to Bukola Saraki, and Ope were in court, they could not take their pleas as the judge sent in words through one of his assistants that, he was indisposed and would not sit.
In the circumstance, Joseph O. Uzor and J.O Olatoke, SAN, counsel representing EFCC and the accused persons respectively, met and tentatively agreed on April 23, 2015 for possible arraignment having confirmed the date to be convenient for the court.
Moronfoye and Saraki are to be docked on a 3-count charge bordering on abuse of office and money laundering.
Moronfoye is alleged to have used his position as the Senior Special Adviser to the former governor to enrich himself. Specifically, he awarded contracts to the tune of over N200million for the renovation of Ijagbo Primary Health Centre and the supply of medical equipments to Health Centres and Specialist Hospitals within the state, to a company in which he has interest and was sole signatory to the account.
On his part, Saraki allegedly abused his office and laundered state funds for his personal benefit by awarding inflated contracts to companies owned by his cronies. In one of the transactions involving the purchase of Ambulance for hospitals in the state, Saraki duped the people of Kwara State by procuring thirteen Hiace buses from a local car dealer and converting them to ambulance in place of  factory built ambulance for which a contract of N171, 990,000.00 was awarded to Chemiroy Nigeria Limited.
Wilson UwujarenHead, Media & Publicity
PRNigeria encourages institutions to be transparent in their information management as it provides news items from authoritative sources for free use by the media 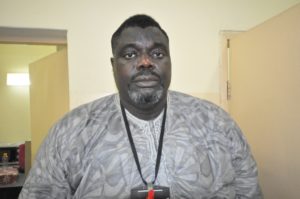