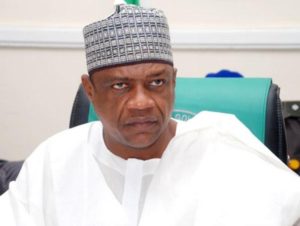 These reports are misleading and totally out of the purview of the brief that His Excellency Governor Gaidam gave to the National Economic Council regarding the security situation in Yobe State.

While security is still a concern and more work needs to be done, there is not a single local government council in Yobe under the sway or control of the insurgent Boko Haram.

In the course of his briefing to the National Economic Council, His Excellency Governor Gaidam has recalled a point in time when two out of the 17 local government areas of the State had come under the pale of Boko Haram. That was several months ago.

Governor Gaidam has noted, however, that as a result of the gallant and salutary intervention of our nation’s armed forces and other security agencies, those two local government areas, namely Gujba and Gulani, were freed and liberated from insurgent stranglehold.

His Excellency the governor did of course ask for additional troops and weaponry to be deployed to Yobe State. He made this request only within the context of the need to sustain the momentum against Boko Haram and ensure that terrorists and insurgents are denied a chance to further harm our people.

His Excellency Governor Gaidam has said many times – and it bears repeating – that our armed forces and other security agents are doing a commendable job under very challenging circumstances. Their determination to root out Boko Haram and free our State from terrorist, insurgent and criminal activity is not in doubt. This determination is further reinforced by His Excellency President Muhammadu Buhari with the recent changes he made to the military high command and the unprecedented weight that his administration has brought to bear in the fight against Boko Haram.

The Government and people of Yobe State will continue to support and partner the federal government and our gallant security forces as they step up effort to restore peace and security in Yobe State, the Northeast and the country in general.