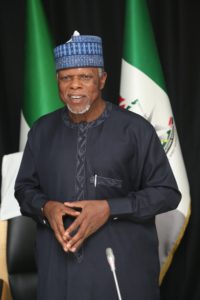 Comptroller-General of Customs, Col. Hameed Ibrahim Ali (Rtd) has restated his mandate to undertake reforms and re-structuring to enhance the capacity of Nigeria Customs Service generate more revenue.
The Comptroller-General stated this in Abuja at his maiden meeting held with Management of the Service on assumption of duty. He charged Customs Management to work with him to deliver on the mandate given by President Mohammadu Buhari.
“The mandate he has given me are three basic things: go to Customs, reform Customs, restructure Customs and increase the revenue generation, simple. I don’t think that is ambiguous, I don’t think that is cumbersome”. It is precise and I believe that is what all of you are here to do”, he told the Senior Officers.
He pleaded with the Management not to see him as a stranger in the Customs Family, noting that his mission in Customs is to help build and strengthen the Service.
He solicited the support and loyalty of all Officers and Men in his collective approach to make Nigeria Customs a better service.
Earlier, the Deputy Comptroller General covering duties for CGC, John Atte, while handing over gave him a brief history of the Service and assured him of unquestionable loyalty of Officers and Men to work towards suppression of smuggling, increased revenue collection,  facilitation among others, in the interest of the nation.
Col. Hameed Ali (Rtd) was appointed Comptroller-General of Customs on 27th August, 2015.
Born on 15th January 1955 in Dass Local Government of Bauchi State, Col. Hameed Ali attended Nigeria Defence Academy Kaduna, between 1974-1977, and the Sam Houston State University, Huntsville Texas USA, between 1984-1988. He holds the Bachelors and Masters degrees in Criminology, and the Nigerian Defence Academy Certificate of Education (NDACE).
Col. Ali had a distinguished career in the Nigerian Army, during which he served as Military Administrator (MILAD) Kaduna State between  1996-1998 and Colonel Training TRADOC, Minna in 1998.
His previous appointments include General Staff Officer II, Military Police Headquarters, 1981-1982, General Staff Officer II, 1 Mechanised Div, Kaduna, 1992, and Commander, Special Investigation Bureau, Apapa, Lagos 1994-1996. 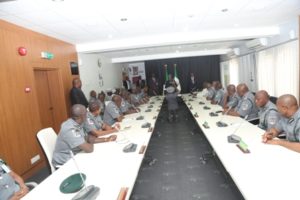 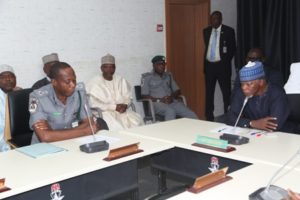