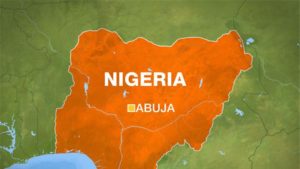 After the evacuation of victims of bomb blast in Satellite towns of Kuje and Nyanya to various hospital in Abuja city, the Abuja Zonal Cordinator of the National Emergency Management Agency (NEMA), Ishayah Chonoko has confirmed that 59 people were affected.
He said that eighteen (18) persons lost their lives and forty one (41) injured.
Three dead and 21 injured victims were recorded from Nyanya incident, while fifteen persons lost their lives in Kuje with 20 persons being treated for injury.
Meanwhile the Director General of the National Emergency Management Agency, (NEMA), Mohammed Sani-Sidi, who led some of the evacuations and visited victims in the hospitals, has assured that the government would foot the medical bill of the victims. He also reiterated the need for security consciousness among the citizens by reporting any suspicious objects and strange movement in their localities to security agencies.
PRNigeria