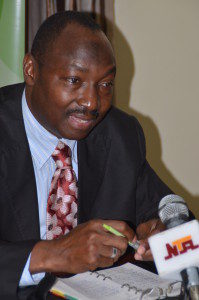 The Centre for Crisis Communication (CCC) applauds the arrest and parading of suspected perpetrators of recent heinous crimes in the country by the dogged efforts of the Nigeria Police and the Department of State Service (DSS). First was the arrest of kidnappers of the elder statesman and former Secretary to the Government of the Federation, Chief Olu Falae.
From the confessions of the apprended suspects, it is quite obvious that the actions of the criminals  were motivated by greed. This is instructive given the earlier held perceptions in some quarters that alluded to clashes between Fulani herdsmen and farmers in the South West and which unduly overheated the polity.
While the CCC condemns in strongest terms the obnoxious crime of kidnapping in our country, it also wishes to remind the general public, especially public commentators and opinion molders, to always exercise restraint before canvassing for or taking extreme positions capable of aggravating ethno-religious tension in the country. The Centre calls on the our justice system to give an expedited hearing to the rampant cases of kidnappings to serve as a deterrence to others.
Similarly commendable is the arrest and parading of the suspected kidnappers  of columnist of the Vanguard newspaper, Ms Donu Kogbara and the masterminds of the recent bomb attacks in Kuje and Nyanya areas in the Federal Capital Territory (FCT) among others by combined efforts of our security agencies.
The arrests of these perpetrators of high profile crimes in the country should serve as another warning to criminals that they will never escape the long arm of the law enforcement agencies and therefore should turn a new leaf by staying away from crime.
It is also necessary to call on our security agencies to ensure sustenance of inter-agency collaborations towards improving synergy in intelligence gathering and crime fighting in the country.
The centre also calls on Nigerian to always avail security agencies of vital information that could lead to arrest and prosection of criminals.
Air Commodore Yusuf Anas RtdExecutive Secretary
PRNigeria encourages institutions to be transparent in their information management as it provides news items from authoritative sources for free use by the media