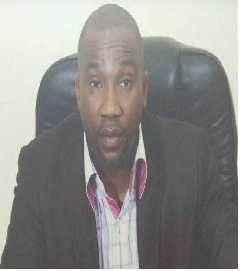 Justice S. E. Aladetoyinbo of the High Court of the Federal Capital Territory sitting in Abuja on Thursday, January 28, 2016 adjourned for ruling on a   case involving George Uboh, who is being prosecuted by the Economic and Financial Crimes Commission, EFCC, on a 3-count charge bordering on criminal breach of trust involving the sale of Police Equipment Fund (PEF) vehicles, as counsel to both parties adopted their final written addresses.
Adopting his final written address today, counsel to EFCC, Mohammed Bello submitted that, the prosecution had proved the essential elements of the offence alleged against the accused person beyond reasonable doubt.
According to Bello, there was no evidence showing that the Hillux Pick-up vehicles were given to Uboh as compensation adding that, even if PEF was indebted to the accused person, there was no evidence that he asked for compensation.
He urged the court to convict the accused and sentence him accordingly so as to serve as deterrent for people who think they could hold Nigeria to ransom.
On the other hand, Uboh’s counsel, Onyeka Ikenta, told the court that, the defence is relying on its final written address dated December 11, 2015 which was filed same day, to be adopted as its oral submission and reply on point of law to the prosecution’s written address dated January 28, 2016.
He urged the court to discountenance the argument of the prosecution, which he said failed to prove its case beyond reasonable doubt, and asked that the accused be discharged and acquitted accordingly.
After listening to the submission of both counsel, Justice Aladetoyinbo adjourned for ruling adding that, the date for judgment would be communicated to both parties.
Wilson Uwujaren
Head, Media & Publicity