Home Anti-Corruption The Case Against Orubebe Not Withdrawn- CCT 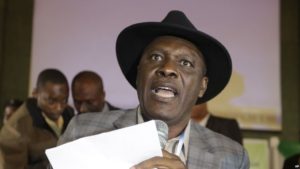 Our attention at the Code of Conduct Tribunal has been drawn to recent publications from some section of mass media, indicating that the Federal Government has withdrawn charges against former Minister of Niger Delta Affairs, Mr Godsday Peter Orubebe.
The Tribunal is compelled to refute the said publications, particularly those contained in ThisDay Newspaper, Leadership and some online media, dated March 21st, 2016. The purported withdrawal of the case was quoted to be based on the case being fundamentally defective.
Pursuant to the above, CCT advices that, to the best of our knowledge based on available records, as at the time of this report, the information is misleading, distortive and as such it should be ignored.
The case of Mr Godsday Peter Orubebe before CCT in Charge NO: CCT/ABJ/02/15 is on-going. What transpired in court in the last session held on 8th March, 2016 was a substitution of the initial charge with a newly filed charge by the prosecution, of which leave was sought from, and granted by the Tribunal. The case had been adjourned to 7th April, 2016. Thus; there is no withdrawal of the case by the prosecution.
Ibraheem Al-hassan,
Head, Press & Public Relations.
CCT HQ.