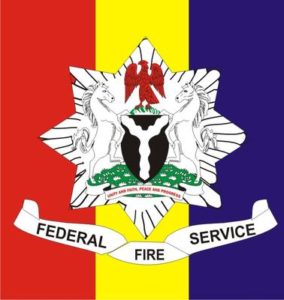 Over forty shops worth millions of Naira, have been gutted by fire at the Ikom main market.

The inferno which started at about two am on Tuesday and was attributed to power upsurge from the public power supply could not be contained in spite of frantic efforts by shop owners to put it out.

The state fire service station in Ikom, which was contacted for intervention could not act due to complains of lack of facilities to combat the fire.

The director general of the state emergency management agency, Mr. John Inaku who visited the scene of the incident described the destruction as serious.

Mr. Inaku who said he was there on a rapid assessment of the destruction said efforts would be made by the state government to ameliorate the sufferings of the victims.

According to him the burnt shops required total rehabilitation and urged the victims to remain calm.

One of the victims, Mr. Augustine Chinedu who said he lost virtually all his goods worth millions of naira said it was devastating and urged government to urgently come to his aid.

Miss Agbor Okey, a fashion designer said the incidents has put her and the family under trauma as it was the only livelihood of sustenance.

Kelechi Anayo, a dealer in traveling bags and boxes lamented that he had lost everything in the shop and wondered what he would do next with his life.

In a comment, the chairman of Ikom main market traders union, Mr. Caleb Agwu called on government agencies, NGO’s and philanthropic individuals and organizations to help in cushioning the effect of the disaster.