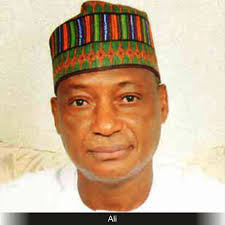 The attention of the Ministry of Defence was drawn to an online report credited to the Honourable Minister of Defence Mansur Muhammad Dan-Ali that 2 Local Governments in the North East are still under Boko Haram occupation and that Chibok girls are being used as suicide bombers.

For the avoidance of doubt it is important to state here that the Honourable Minister as a guest in the studios of Voice of America spoke in Hausa language and while giving appraisal of the success recorded by the gallant Armed Forces under the leadership of President Muhammadu Buhari the Honourable Minister said hitherto over sixty Local Governments were under the occupation of Boko Haram in the North East but now only about two were having some remnants of Boko Haram activities but not under the complete occupation of the terrorists.

You are please requested to disseminate this information to the general public.

Thanks for your cooperation.