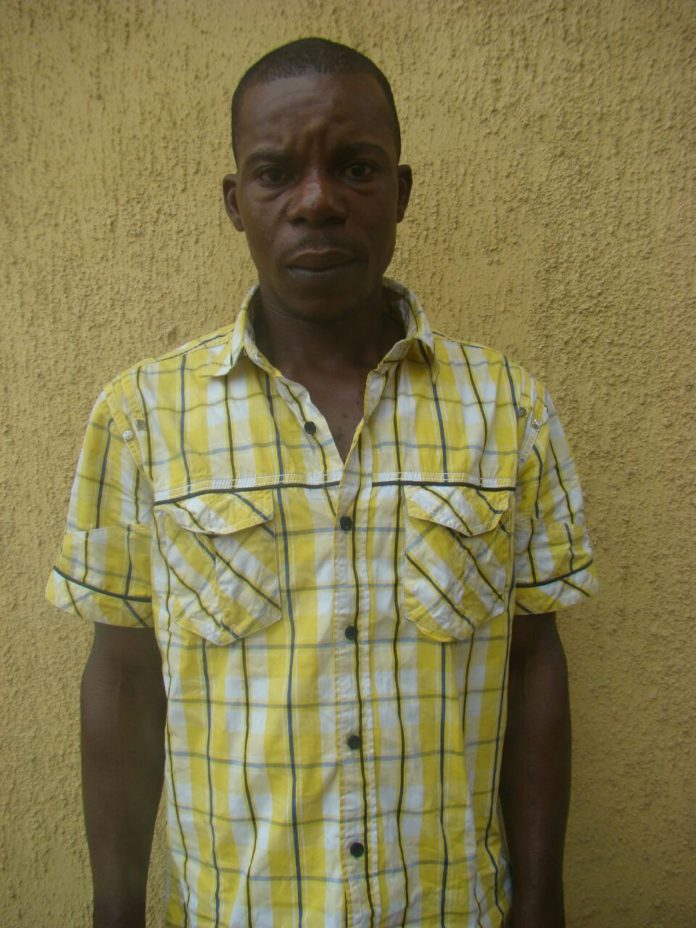 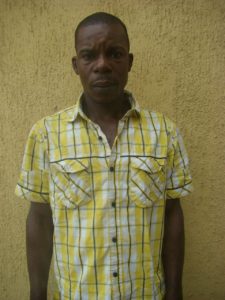 In furtherance to ongoing tactical operations to degrade the capabilities and hide-outs of criminal gangs/ syndicates across the Federation, this Service wish to apprise the general public of recent successful progress recorded so far in the drive.
2. On 21st July, 2016, one Jones ABIRI aka General Akotebe DARIKORO was arrested by this Service in Yenagoa, Bayelsa State. DARIKORO is the leader of the Joint Revolutionary Council of the Joint Niger Delta Liberation Force (JNDLF), which has been furthering separatist tendencies in connivance with other criminal gangs in the Niger Delta region. DARIKORO, who operates under the nom-de-guerre “General-Kill and Bury”, has confessed and owned up to some criminal activities committed by the JNDLF, which include:
– The vandalism of Nigeria Agip Oil Company (NAOC) trunk line in Ogboinbiri, Southern Ijaw LGA and bombing of oil pipeline belonging to Shell Development Company (SPDC) at Brass creek on 8th July, 2016, all in Bayelsa State;
– Threat messages to managements of NAOC and SPDC demanding for the payment of the sum of Five Hundred Million Naira (N500m), and Two Hundred and Fifty Million Naira (N250m) respectively;
– Threat to launch missile attacks against selected targets in Abuja including the Presidential Villa, Aso Rock;
– DARIKORO is also the mastermind of the recently circulated hoax of planned overthrow of President Muhammadu BUHARI, GCFR, by the military;
3. Similarly, on 21st July 2016, one Stephen MAMAYEBO aka OSCAR, a suspected militant was arrested at OMPADEC Primary School in Yenagoa, Bayelsa State. MAMAYEBO was arrested in connection with the kidnap of an expatriate staff of Setraco Construction Company and subsequent murder of two (2) soldiers, namely Garba UMAR/Sgt and Bashir KABIRU/Pte, along Ogbia-Nembe road on 5th April, 2016.
4. Furthermore, on 20th July, 2016, at Travelers Mosque, along Kaduna-Zaria Highway in Igabi LGA of Kaduna State, the trio of Ismaila SHUAIBU, Kabiru NASIRU and Inusa ABDULLAHI were arrested during a tactical raid by this Service. The trio were members of a notorious kidnap gang which has been terrorizing innocent citizens along the Abuja-Kaduna highway, and other environs within Kaduna State.
5. On 22nd July, 2016, about 1730 hours, at Total Petrol Station, along Aba road in Port Harcourt, Rivers State, one Chukwunyere Austin OKWAA was apprehended by the Service. OKWAA has been issuing death threats against the former Acting-Managing Director, NDDC, Ibim SEMENITARI (f).
6. In continuation of its fight against terrorism, on 21st July, 2016, this Service apprehended one Bulama Mohammed RAMAT aka Muhammad Bashir MUHAMMADU at Jabi Motor Park, in Utako, Abuja. Prior to his arrest, MUHAMMADU was planning to attack the Federal Capital Territory (FCT) and its environs, in collaboration with other elements of an extremist cell of the Boko Haram group.
7. On 22nd June, 2016, a raid on suspected criminals/miscreants hide-outs behind Ado Bayero Quarters at Naibawa area of Kumbotso LGA of Kano State, resulted in the recovery of one (1) AK-47 rifle with twenty-eight (28) rounds of live ammunition. Other items recovered during the operation are one (1) Browning model pistol with two (2) rounds of live ammunition and a P5 pistol with ten (10) live rounds.
8. Also, on 22nd July, 2016, the Service apprehended one Saidu YAHAYA, during the screening of prospective Hajj pilgrims at the Muslim Pilgrims Board in Jos, Plateau State. YAHAYA has been under the radar of the Service as a black-market and illegal gunrunner who has been supplying arms and ammunitions to criminal and ethnic/religious bigots in Plateau, Taraba, Benue and Nassarawa States.
9. In another development, on 19th July, 2016, one Samson Chijioke NZEGWU was arrested at Obuofia village, in Nkanu-West LGA of Enugu State. NZEGWU is the ring-leader of a criminal-syndicate which has been using cloned/forged paraphernalia of the Enugu State Governor, Ifeanyi Lawrence UGWUANYI, to defraud members of the public. During his arrest, the sum of One Million Naira, three (3) laptops, ten (10) different mobile phones, and other incriminating items were recovered from him.
10. On 17th July, 2016, at Idi-Mango Ore area in Odigbo LGA of Ondo State, one Esan Abiodun CHRISTOPHER aka MAIYEGUN was arrested by this Service. CHRISTOPHER is a member of the Reuben AKINBEHINJE-gang which masterminded the kidnap of two (2) Catholic nuns and their driver in Akure, Ondo State. The suspect was apprehended while coordinating plans to hijack fuel-supply tankers in Oyo State. He is currently under detention with five (5) other members of his criminal gang, with whom he had masterminded the hijack of several fuel tankers in Ondo, Oyo, Osun, Kwara and Kogi States respectively.
11. This Service wish to urge all citizens and residents to remain vigilant and report all suspicious persons, parcels or vehicles to the nearest security formation. Members of the public are further enjoined to see our societal and individual safety as our collective responsibility and therefore support security and law enforcement agencies with critical information that would assist in providing a safe environment for all to carry out their legitimate business without let or hindrance.
Signed
Tony OPUIYO
Dept. of State Services,
Abuja.
23rd July, 2016
PRNigeria encourages institutions to be transparent in their information management as it provides news items from authoritative sources for free use by the media