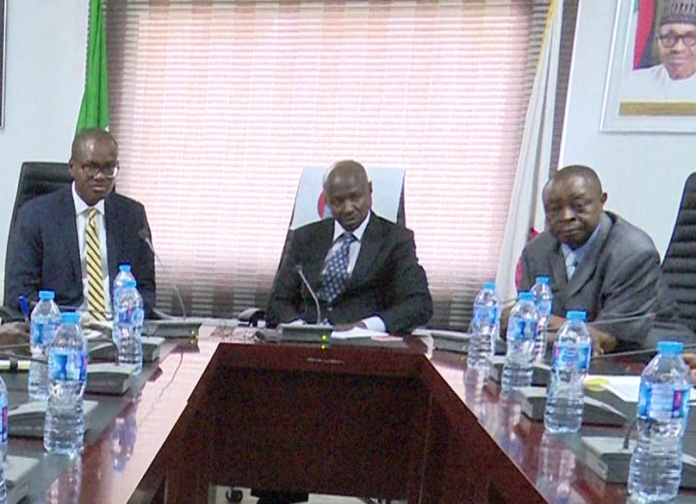 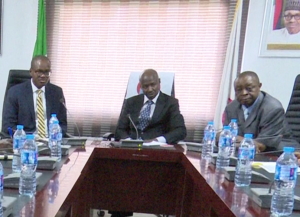 The acting Managing Director of the Federal Mortgage Bank of Nigeria,  FMBN, Richard Esin, has sought the assistance of the Economic and Financial Crimes Commission, EFCC, in the recovery of bad debts totalling over N70 million owed  by some property developers.
Esin, who led a delegation on a courtesy visit to the Commission’s acting Chairman, Ibrahim Magu, on Wednesday, August 18, 2016, in Abuja, said: “We seek the kind assistance of the Commission on the recovery of the funds to the bank. These monies belong to Nigerian citizens.
“There are several organisations not complying with the provisions of the National Housing Fund Act and we hope that the Commission will work with the bank to promote the Act.”
He further assured Magu that the existing Memorandum of Understanding, MoU, between the Commission and the bank was still effective.
The FMBN, who stated that affordable housing was a veritable tool in the fight against corruption, added that ‘‘Over N3billion in mortgages have been released for over 100 staff of the EFCC; N1.6 billion National Housing Fund loan by First Generation Bank for 131 staff is awaiting the Board’s approval and N1.3 billion NFH loan has not been disbursed because houses are not available.’’
In his remark, Magu stated that his administration would continue to be guided by the details of the MoU between the Commission and the bank.
He, however, added that the law governing the NHF scheme needed to be checked and reviewed at the legislative level.
Magu further urged the bank to strengthen its Compliance Unit.
He added that ‘‘The Commission is willingly to create a desk dedicated to the FMBN needs.
Wilson Uwujaren,
Head, Media & Publicity,