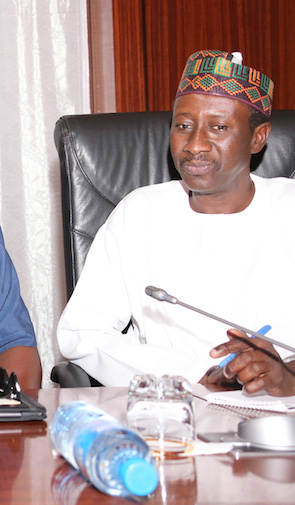 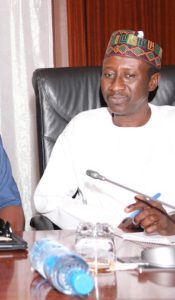 The Office of the National Security Adviser (ONSA) has Reviewed National Counter Terrorism Strategy (NACTEST) which was launched by President Muhamadu Buhari.
During the launch, President Buhari promised to  protect Nigerians and secure the country’s territory from the menace of Boko Haram and other violent extremists.
Represented by Vice President Yemi Osinbajo at the launch, President Buhari Described activities of Boko Haram as mindless killing of children and innocent citizens.
He assured that his administration believes a robust and counter terrorism strategy is crucial in fight against terrorism and must be constantly reviewed from relevance to contemporary challenges.
According to him,  the launch of the reviewed counter-terrorism strategy, underscores the  fact that terrorism has numerous ideologies,  not static and response must be dynamic and versatile.
‎
Buhari stressed that while many people are being released from captivity, the government is faced with severe challenge of malnutrition.
Ealier, the National Security Adviser (NSA), Maj-Gen. Babagana Monguno (rtd), said that the revised strategy explains what organisations and individuals can do to help in its implementation in order to reduce the risks of terrorism and ensure that people go about their lives freely and with confidence.
According to Monguno, “NACTEST is organised around five streams aimed to forestall, secure, identify, prepare and implement with key objectives and indicators to effectively ensure monitoring and evaluating successes at each stage”.
He said that ONSA has developed a benchmark framework for the evaluation of the implementation of NACTEST, which has now been reviewed to include salient areas like the Nigeria Countering Violent Extremist Program, which are two very critical pillars in the fight against terrorism and engendering sustainable peace.
“The NACTEST Desks in MDAs have been established to drive the process so that the menace of terrorism must now be addressed from a multi-dimensional and multi-prongred and all of society approach in order to make it all encompassing”, he said.
Also speaking, the Coordinator, Counter Terrorism Centre (CTC), Commodore Yem Musa, said that ONSA in furtherance of the national counter terrorism efforts, developed the “National Terrorism Levels” document to guide MDAs on measures to be taken on receipt of information on a likely terrorists attack.
Musa said that the document, which outlines the alert levels and the actions to be carried out when a terrorism alert level is declared is in 5-levels including: Critical (Red) – Attack is imminent; Severe (Orange) – Attack is highly likely; Substantial (Yellow) – Attack is a strong possibility; Moderate (Blue) – Attack is possible but not likely; and Low (Green) – Attack is unlikely.
“The authority to issue appropriate threat levels lies with the ONSA. The NSA will issue appropriate threat levels based on the threat analysis and risk assessment by the Joint Terrorism Analysis Branch (JTAB) whose work is dependent on inputs from relevant intelligence gathering and security agencies,” he said.
As a complement to the Threat Level System, Musa disclosed that ONSA has also developed a National Handbook on safety and security tips as a basic compilation of simple guides for personal and corporate security.
According to him, the handbook is aimed  to enlighten the populace on critical security measures required at all levels of terror threats.
“It is in this regard, that this document has been translated into the three main languages in the first instance, and to others subsequently to give it the much – needed circulation among the citizenry,” he said.
By PRNigeria