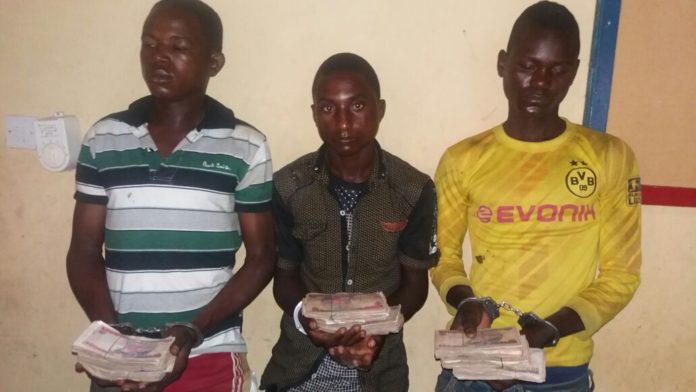 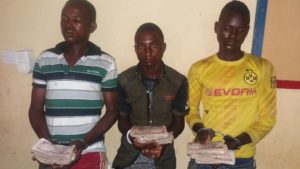 Troops also recovered a bag containing the sum of Four Hundred and Thirty Nine Thousand Naira (N439,000.00k) and some personal items from the suspects. Preliminary investigation shows that the amount was their share from a paid ransom  of a recent kidnap incident.

Similarly, another suspected kidnapper, Jibrin Dakam, was arrested same day at Magama, also in Toro LGA, by the troops. Preliminary investigation confirmed that he escaped from their den at Jenge following the military Operation FOREST KUNAMA at Lame-Burra Forest recently. It was further confirmed that he frequently supply alcohol and other stimulants to the kidnappers.

In a related development,  troops deployed at “Kano 2” checkpoint near Durum, in Bauchi LGA, of the same unit, also arrested a  suspected armed bandit named Adamu Saleh who was found to be in possession of 8 rounds of 7.62mm (Special), 2 mobile telephone handsets and local charms. All the suspects are being interrogated further before their eventual handing over to other relevant security agencies.