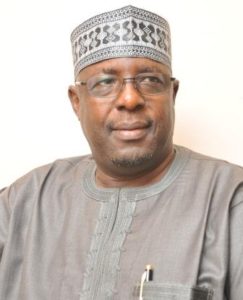 The Director General National Agency for the Great Green Wall (NAGGW), Mr Goni Ahmed has said that building effective synergy with all stakeholders is critical to the attainment of the GGW set goals.
Mr. Ahmed who was represented by Mr. Abdullaziz Kolo, Head Land Resource Management, (NAGGW) said this in a keynote address during the flag off of the College Green project of Yusufu Bala Usman College of Legal and General Studies, Daura, Katsina state.
He further said, the GGW programme is an expression of commitment and a strategy adopted by African Leaders, supported by International community and development partners to fast tract the attainment of the Sustainable Development Goals (SDG’s) to roll back poverty and address the specific risks and vulnerabilities, in our drylands, adding that though the challenges ahead in our drylands are tremendous, he urged all stakeholders to ultimately eliminate poverty by creating wealth within the catchment area.
He stressed that the GGW programme also serves as a launching cushion for achieving Zero Net Land Degradation Target agreed by World Leaders at the Rio+20 Conference in Brazil, and that Nigeria is committed to achieving the target and also implement the resolutions adopted by country Parties to the United Nations Convention to Combat Desertification (UNCCD) which Nigeria consented in 1997.
He applauded the College for the laudable project and donated 3, 000 fruit tree seedlings on behalf of the Agency in support of the development of the College Orchard.
He added that Daura Emirate has always been one of the important areas that the agency has made interventions over the years, nothing that kilometres of shelterbelt, hectares of Orchards, and drilled boreholes in ten communities as well as a comprehensive skill Acquisition centra in Sandamu Forest Reserve few kilemotres from Daura Town for the training of people in various vocations and crafts to improve their livelihood.
He sought the goodwill and support of traditional rulers, community leaders, women and youth leaders, students, members of the academia, civil society organisations, NGO’s and other stakeholders in mobilising community members and also urged state Governments to support the implementation of the GGW programme in their domain.
Earlier, the Provost, Yusufu Bala Usman College of Legal and General Staudies, Daura, Prof. Sadiya Sani Daura, said the concept of the Green project was borne out of the aggressive attempts of the College towards restoration through a systematic, synergistic approach occasioned by a repositioning initiative.
She said statistics indicate that 3.5% equivalent to 350, 000 to 400, 000 hectares of forest translated into loss of about 576 trees a year, the implication of this, she said is the environment is threatened by degradation and prone to erosion, flooding, desertification and drought.
She applauded the National Agency for the Great Green Wall (GGW programme) that has an overall objective of checkmating desertification and its devastating consequences implemented so far in 11 frontline states in the North-East and North-west of the country.
Larai Daze
Head, Press and Public Relations Unit

Why I resigned from APC and Quitted Party Politics — Najatu Muhammad