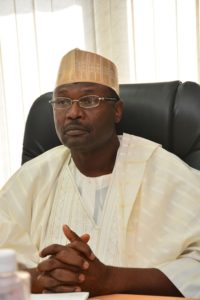 After carefully weighing the consequences and parameters of postponing the EDO governorship election as advised yesterday by spokespersons of the Police and Directorate of State Security (DSS), the Independent National Electoral Commission (INEC) has decided to go ahead with the conduct of the election as scheduled for Saturday, 10th September 2016.

Addressing press men at the Edo State Office of the Commission this afternoon, the National Commissioner in charge of Voter Education and Publicity of INEC, Prince Solomon Adedeji Soyebi, who expressed the determination the Commission to go ahead with the election disclosed that as at yesterday, the commission had reached not less than ninety-seven percent level of preparation for the conduct of the election.

Except the actual conduct of the election, he explained that the Commission had scrupulously implemented all the items listed in the Timetable and Schedule of Activities for the Edo governorship election which it issued in March this year.

Prince Soyebi stressed that the Commission would not be teleguided and that it would not do anything that would mortgage Nigeria’s democracy.

He further emphasized that the Commission robustly considered the implication of demobilising and arrived at the fact that it was more expensive to do so.