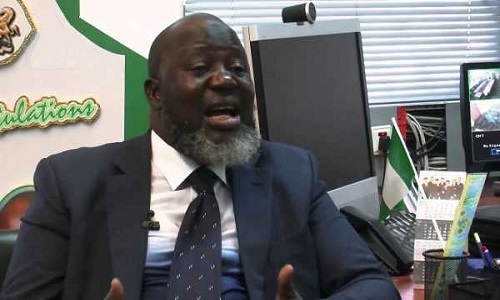 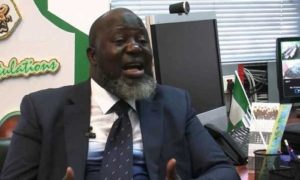 The Minister of Communications, Barr Adebayo Shittu has assured Nigerians that they will shortly experience a quantum improvement in the quality of Telecoms services across the Country.
Barr Shittu made this revelation while delivering the key note address at the 4th Regular Meeting of the National Council on Communication Technology in Kaduna.
In order to improve the quality of services to the public, the Minister had set up a task force to identify issues militating against the provision of excellent services and the report of the task force is being implemented according to the Minister.
The Minister noted that the theme of the Council Meeting is anchored on the importance of ICT in economic diversification. He said the Federal Government is diversifying the economy from oil as sole foreign exchange earner to other sectors and that ICT has a vital role to play in this endeavour.
He noted that countries not even endowed with natural resources have used ICT to advance their growth. He cited Singapore, South Korea and Thailand as countries that have used ICT to transform their countries from developing to develop by leveraging on ICT to make a difference in their economies.
The host Governor, Malam Nasir El-Rufai, who declared the Council Meeting opened, hoped that the Meeting would come out with a roadmap that will assist Nigeria and its teeming youthful talents to begin to reap from the many untapped opportunities inherent in Nigerian ICT sector.
According to the Governor, the choice of the theme is apt and timely as Nigeria is grappling with serious economic challenges arising largely from over reliance on oil as a major source of the country’s revenue.  He said that the country should not only nurture the latent talent of its youth, but also promote and export  the abundant human resource to international community.
Earlier, the Honourable Minister had paid a courtesy call on the Governor at the Government House, Kaduna. The Minister told the Governor that Kaduna was chosen to host the Council Meeting in appreciation of the efforts of the Governor which have resulted into peace, order and social stability.
He said he was also impressed with the developmental strides of the Governor, particularly in deployment of ICT in Kaduna resulting in increase in revenue generation.  Of note to the Minister was the deployment of ICT by Kaduna State Government to monitor developmental programmes from the Office of the Governor and he recommended the application of this technology to other states.
The Council Meeting is expected to end on 29th October, 2016.
Ozoya Imohimi
Assistant Director (Information)