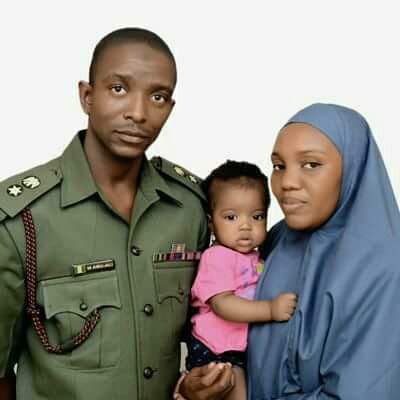 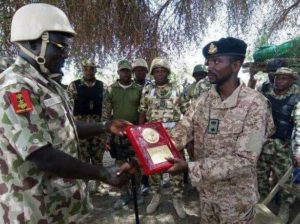 Can’t stop crying when I heard of the brutal murder of this gentleman, Lt. Col. Abu Ali.

Only those who were in Borno at the height of the Boko Haram’s inglorious territorial conquest that would understand, appreciate and then lament the exit of Lt. Col. Abu Ali.

His was a life, full of gallantry, sacrifice, love for Nigeria and ever willing to die in order to keep it one.

Quiet, considerate, compassionate and caring, leading by example was his trademark at the height of confrontation with Boko Haram terrorists.

Late Lt. Col.  Ali was the soldier, who operated the most sophisticated of all war equipment deployed to the North East,  traversed the North, Central and Northern Borno endlessly and tirelessly;  recovered towns and liberated villages under control of the BH. 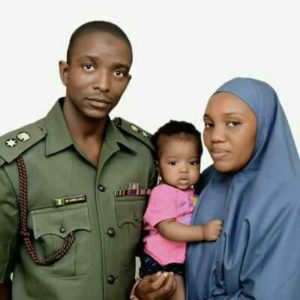 Late Ali it was, who during the day and night, come rain come shine, stepped on countless landmines that dotted Borno’s porous borders with Chad, Cameroon and Nigeria,  cleared the paths for our dear soldiers, who  rescued the weak, the kids, the women  and the old from the clutches of the Boko Haramists.

Though smallish in nature, late Ali’s heart was like that of a lion, the king of the jungle; he never retreated, he never relented, he never compromised and he never gave up until the last hour.

Yes, he was, Ali the conquerer of the ambitious Abubakar Shekau’s Empire.

Ali’s short but eventful life will never be forgotten in the annals of Nigerian history. He came, he saw, he conquered and cleared the ruins for the next generation.

His life was  akin to that of  late General Mamman Shuwa (equally killed by BH in cold blood while in retirement), who fought the Civil War in the 60s, for us to have something known as  Nigeria today.

Ali’s was a fight, the type the likes of legendary Gen. T.Y Danjuma waged for the sake of Nigeria, the giant of Africa.

Oh Ali, may Allah grant you Jannatul Firdausi, may He bless your kids and widow, cater for them and strengthen them. May Allah console your parents and your loved ones.

This is contained in a condolence message issued by the Chief Press Secetary to the Governor, Petra Akinti Onyegbule today in Lokoja. Alhaji Bello described his death as unfortunate and  “a momunental loss to Kogi State and Nigeria”

Governor Bello said the late colonel “was a gallant officer who served the nation with his all and paid the supreme price by laying down his life for the peace of the country. He maintained that the late Col. will be remembered for his sacrifice and  commitment to the cause of the Nigerian Army to rid the Country of insurgency which has been a source of concern to every one.

“Kogi State and indeed Nigerians will never forget your gallantry as you led a ream of the Nigerian Army to recapture Baga from the control of terrorists and you death while in active service, gallant soldier” Governor Bello said of Lt. Col. Muhammed Abu Ali.

Governor Bello extended his condolences to the Etsu of Bassa-Nge Kingdom over this devastating loss. Allah giveth and He taketh, from Him we came and to Him we return. May Allah give you the fortitude to bear this irreplaceable loss.

He served the nation with unwavering commitment and dedication, paying the ultimate price so that millions can sleep on their beds in peace.

Until his death, Lt. Col. Muhammad Abu Ali nicknamed “Sarkin Yaji; Lord of war” was the commanding officer of the 272 task force battalion at Mallam Fatori in Northern Borno State.

Lt. Col. Muhammad Abu Ali, a recipient of the Chief of Army staff award for exceptional bravery and excellence led the army units that recovered Gamboru-Ngala, Baga and several communities from the terrorists, he lost his life after a failed attempt by the terrorists to capture Mallam Fatori with four other gallant soldiers.

They however neutralized fourteen of the terrorists recovering a large cache of arms and ammunition from them.

Commandcentre is deeply pained as Lt. Col. Muhammad Abu Ali did not only serve as the face of the campaign against Boko Haram which embodied commitment, loyalty, service and hope for a better, peaceful and prosperous nation but also a source of inspiration to us and millions of Nigerians praying for the speedy end of the insurgency.

At this point we pray for his family and the Nigerian Army that God gives them the fortitude to bear the loss.

Lt. Col. Muhammad Abu Ali and others who have lost their lives in the ongoing campaign will never be forgotten