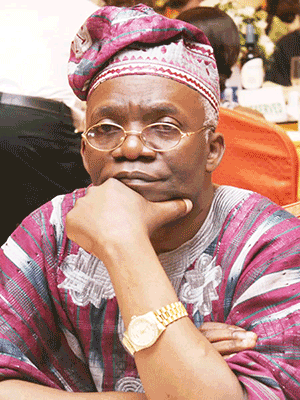 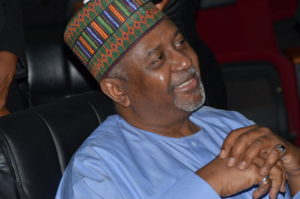 Under the defunct military junta in Nigeria  the Constitution was suspended while fundamental rights were put in abeyance. To justify the detention of the so called political extremists and other subversive elements the  Buhari/Idiagbon junta promulgated the State Security (Detention of Persons) Decree no 2 of 1984. My colleagues and I in the human rights community were regularly detained  under the  preventive detention decree .   But despite the draconian decree  the courts never hesitated to order the release of several persons whose detention was patently illegal.

Ironically, General Mohammadu Buhari was later detained  by the Babangida junta under Decree No 2 of 1984. During his visit to Edo State last week, President Buhari recalled  that he was incarcerated in Benin city  for 2 years out of his  3-year incarceration.   But upon the restoration of civil rule in May 1999 Decree 2 and other obnoxious  decrees and edicts  were repealed. In addition, section 35 of the Constitution has guaranteed the fundamental right to personal liberty. Thus, every person who is arrested and detained by the police or any security agency  shall be arraigned in court within 24 or 48 hours as the case may be. If for any reason the detainee is not arraigned in court  within the stipulated time the detaining authority shall grant bail or  obtain a remand order from a Magistrate court pursuant to section 293 of the ACJA 2015.

When  the residence of Col. Sambo Dasuki (rtd) was searched by the State Security Service last year he accused the Federal Government of the breach of his human rights to personal liberty.  Since the search was conducted based on a warrant issued by a Magistrate in the Federal Capital Territory I pointed out that the Federal Government  had acted within the ambit of the rule of law. Subsequently, he was charged with illegal possession of firearms at the Federal High Court and money laundering offences at the High Court of the Federal Capital Territory. Notwithstanding the gravity of the charges Col. Dasuki was admitted to bail by the three trial courts.

Upon his fulfilling the bail conditions on December 29 last year the authorities of Kuje prisons released him. However, before stepping out of the precints of the prison he was immediately rearrested by the State Security Service. Convinced that the fresh arrest could not be justified under the Nigerian Constitution I advised the Federal Government to comply with the orders admitting the suspect to bail pending his trial. I equally cautioned against playing into the hands of any of the criminal suspects standing trial for alleged criminal diversion of public funds.  For reasons best known to the Federal Government the demand for Col. Dasuki’s release was ignored. Since then the suspect has taken advantage of his illegal incarceration to  frustrate his criminal trial by alleging denial of access to his defence counsel.

It was at that juncture that  Col. Dasuki was compelled to approach the Court of Justice of  the Economic Community of West African States, otherwise called “the Ecowas Court” to secure the enforcement of his human rights to personal liberty guaranteed by article 6 of the African Charter on Human and Peoples Rights. In its defence the federal government characteristically challenged the  jurisdictional competence of the Ecowas Court to hear and determine the suit. The preliminary objection was dismissed. With respect to the substantive relief, the Ecowas Court held that the detention of Col. Dasuki without a court order could not be justified under the Nigerian Constitution and the African Charter on Human and Peoples Rights.  Consequently, the court ordered the  release of the applicant and payment of N15 million  damages to him as reparation for the infringement of his human rights.

In reporting the judgment of the Ecowas court  the media conveyed the impression that that the federal government has been ordered to release the plaintiff unconditionally from further detention. Contrary to such misleading impression  the Ecowas Court has not discharged and acquitted Col. Dasuki in respect of the criminal charges pending against him in the Nigerian courts. All that the court said  was that the suspect  be allowed to enjoy his human right to liberty within the context of the bail granted him by the trial courts. In particular,  the Federal Government was berated for treating the orders of its own courts with contempt.

Having failed to halt the violations of the human rights  of the Nigerian people the United States government has banned the Buhari administration from purchasing war planes to prosecute the war on terror. A similar ban under the Jonathan administration prolonged the war on terror. While the ban may be questioned in view of the global fight against terrorism the federal government should release all  political detainees from custody and stop the police and other security agencies from  infringing on the  human rights of the Nigerian people .