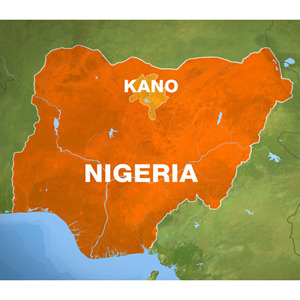 A 35 years old man, identified as Jamilu Adamu, was yesterday electrocuted to death at Kawon Maigari, Hotoro Area in Kano, whilst trying to vandalise a fenced public transformer.

In a statement by KEDCO’s spokesperson, Mohammed Kandi, it said the deceased was found dead with some tools including sizes 17 and 20 ring and flat spanner in his possession.

Kandi also quoted the firm’s Head of Health Safety and Environment (HSE) Aminu Abubakar as saying, “at the time the Police evacuated the corpse, one of the HV Bushings of the Transformer was loosened from the base, indicating the intention to vandalize the Transformer by removing the Bushings, and possibly the armored cable, as well.”

According to Abubakar, “Judging by the whitish burn on his palm and a huge open gash on his left arm, it is highly likely that power was restored while he was operating, resulting in electric shock, and the ceramic insulator of the bushing shattering to cause the wound on his arm.”

However, an eye witness account disclosed that the deceased was seen loitering around the substation area three days earlier, saying “when he was approached, he told residents that he was there to visit his relative.”