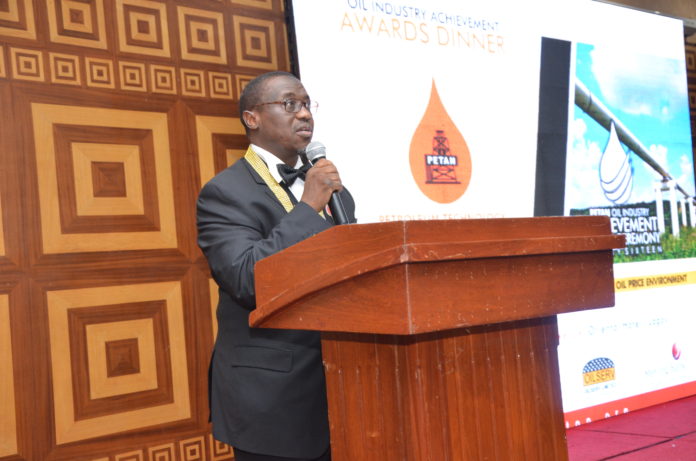 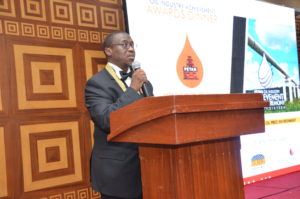 The Nigerian National Petroleum Corporation has reiterated its commitment to comply with the nation’s local content laws so as to further strengthen in-country value addition in the oil and gas industry.

Group Managing Director of the Corporation, Dr. Maikanti Kacalla Baru disclosed this while speaking at the 2016 Oil Industry Achievement Awards & Dinner organized by the Petroleum Technology Association of Nigeria (PETAN) in Lagos, on Thursday.

Speaking on the theme “Local Content Compliance in an Extended Low Oil Price Environment,” Dr. Baru observed that over the years, NNPC has been at the forefront of championing local content even before the enactment of the Local Act in 2010.

“In our determination to maximize participation of Nigerians in our projects and domicile project activities in-country, we in the NNPC have been implementing the Nigerian Content Policy as enshrined in the Nigerian Oil and Gas Industry Content Development [NOGICD] Act even before the enactment of the act in 2010,” he said.

According to the GMD, as early as 2005, NNPC was deeply concerned with the low level of Nigerian Content in-country, despite the nation’s almost fifty (50) years of oil industry experience.

“That was why we called for a fresh approach to domesticating oil and gas industry spend through the establishment of the Nigerian Content Division (NCD) with the aim of implementing key national content initiatives,” he added.

Some of these key local content initiatives, Dr. Baru added, include the promotion of local manufacturing of steel plates and pipes as well as the development of engineering design expertise among Nigerian engineers.

The GMD, who described Nigerian Content Policy as “a catalyst for the nation’s industrialization” stated however that the policy was been tested as a result of the current volatility in oil prices witnessed globally.

He therefore called for “a paradigm shift” in accordance with a new operating philosophy that would lay emphasis on in-country manufacturing, job creation, skills and technology development,  capital retention, research and development as well as fostering sectoral linkages with other critical sectors of the nation’s economy.

“Nigeria needs to claw back most fabrication work and other services in the industry from foreign yards – thereby increasing   the contribution of the industry to the nation’s GDP. It is our goal to achieve much more,” Dr. Baru further noted.

The GMD later charged PETAN to strengthen its resolve so as to vigorously pursue the domestication of petroleum technology by striving for fair and extensive patronage into a new phase, taking into consideration the current realities of the industry.

Shortly after his speech at the occasion, the GMD was honoured with the Distinguished Leadership Award by PETAN, a feat he dedicated to all NNPC staff and the entire PETAN service providers.