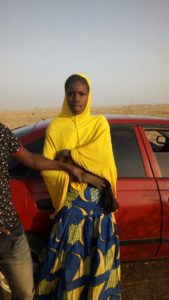 The Nigerian Police Force has announced the arrest of suspected female suicide bombers in Borno State.

A short message from Borno Police Spokesperson stated that: “Today 7/2/17  at about 0700hrs, two female suicide bombers about  18yrs old, were sighted behind Mega filling station in Molai area, while attempting to infiltrate Maiduguri town.

“They were intercepted by security personnel on duty.  One was arrested and the other one was shot dead.  EOD personnel were quickly drafted to the scene and rendered the area safe,” the statement concluded.