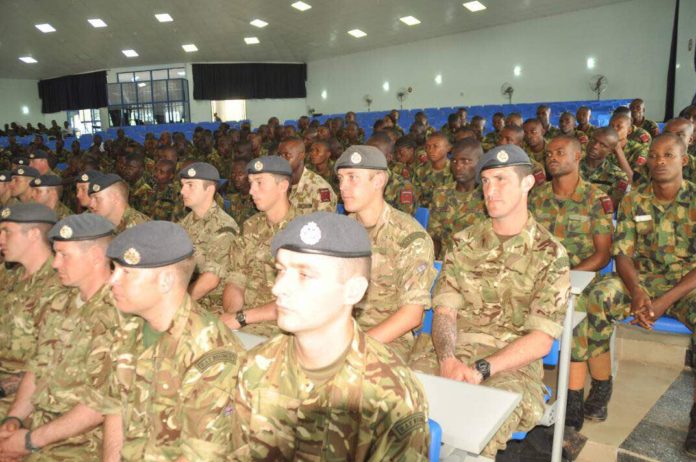 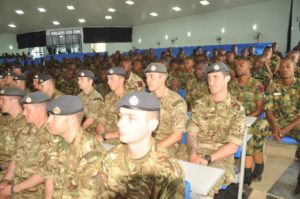 The Nigerian Air Force (NAF) has officially kicked off the specialized warfare training of its personnel in Kaduna, in collaboration with the British Military Assistance Training Team (BMATT). The six-week BMATT training programme for selected NAF personnel is aimed at developing the capacity of the personnel to train others for Force Protection in a complex environment.

The training is a continuation of the NAF’s efforts at strengthening its Base Defence system to be able to respond to a wide range of situations that might threaten NAF Bases across the country.  It would be recalled that the NAF only recently held a Base Defence Retreat and commissioned an electronic shooting range as well as the newly built Regiment Training Centre in Kaduna, in preparation for the commencement of the BMATT organized training.

He added that they were the pioneering students, who would in turn be involved in the training of other NAF personnel from the Regiment Specialty. He equally restated the commitment of the Service to capacity building, as indicated in the training facilities, which the NAF had just upgraded to enhance effective learning.

The CAS then commended the BMATT Team for their partnership towards the training of NAF Regiment personnel and accordingly reiterated that the NAF would continue to support the BMATT organized training programme. The NAF collaboration with BMATT, which commenced in 2016, is for 5 years and had so far resulted in the training of 656 personnel.

The BMATT programme was designed as a six-week exercise that would run concurrently with the Basic Regiment Airmen’s Course. A total of 66 instructors from BMATT  would be involved in the training programme.