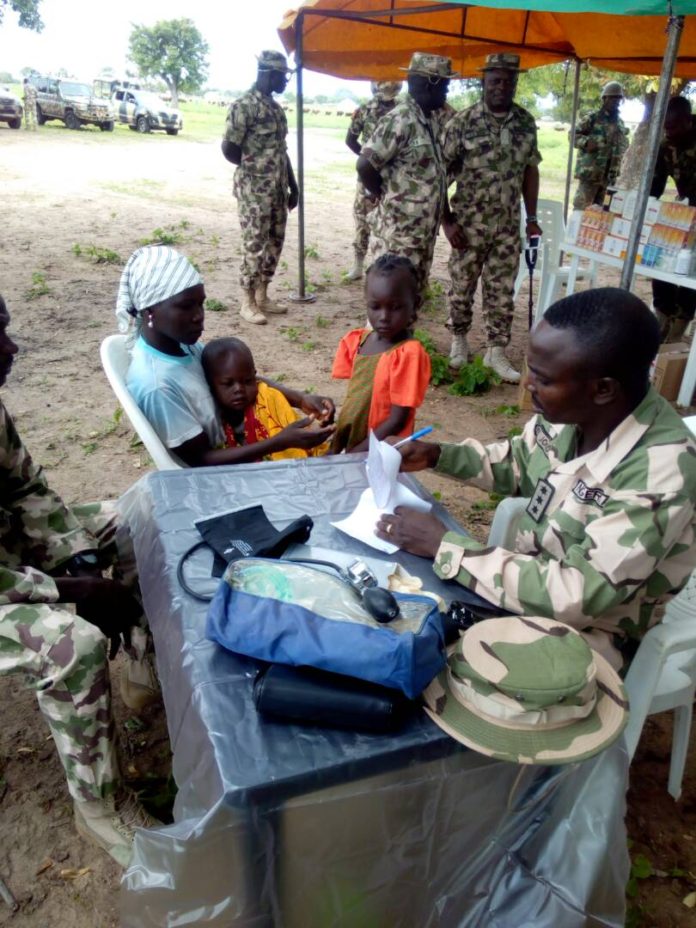 Meanwhile, as part of their contribution to the host community and also activities marking the Nigerian Army Day Celebration, troops of 28 Task Force Brigade Nigerian Army are right now at the Internally Displaced Persons Camp, Chibok rendering free medical service to the community. So far, they have attended to over 300 persons since morning and still counting.